Mitch Lyons’ longtime love affair with clay began back in his days as an undergraduate when he saw someone throwing clay on a potting wheel. 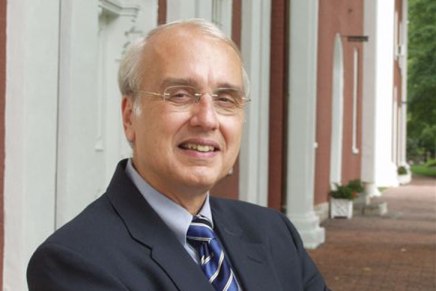 When Harlan Beckley realized many of the students and faculty around him didn’t know much about poverty — despite its pervasiveness in the United States — he was inspired to create a program of studies dedicated to it.

Anthony M. Kennedy, associate justice of the Supreme Court of the United States, will offer remarks on the Week Five theme, “The Pursuit of Happiness,” in a special lecture at 3:30 p.m. today in the Hall of Philosophy.

Nominated to the Supreme Court by President Ronald Reagan, Kennedy took his seat Feb. 18, 1988. In his 25 years on the bench, he has written the court’s majority opinion on many landmark cases, including United States v. Windsor in 2013, Citizens United v. Federal Election Commission in 2010, Kennedy v. Louisiana and Boumediene v. Bush in 2008 and Lawrence v. Texas in 2003.