In 1928, Lucy Coit Fanning Norton donated a welcome gift to Chautauqua Institution — a gift that would house hundreds of operas and entertain Chautauquans for many generations.

Falling into a one-way romantic affair can be devastating.

About 20 years ago, lifelong Chautauquan Christopher Gibbs wrote a review for The Chautauquan Daily on German composer Carl Orff’s… 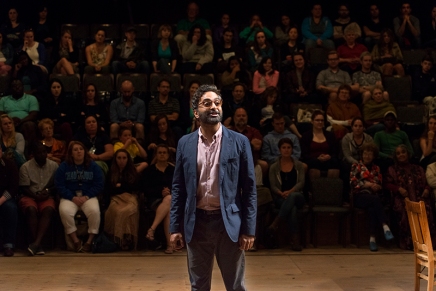 Thornton Wilder’s spirit would be pleased with the Chautauqua Theater Company today. His play, Our Town, has managed to make its way back to Chautauqua audiences, after its last performance in 1997 in the old Normal Hall.

Art Deco ushered in a new way of looking at art, design and architecture nearly overnight. And while the movement is often associated with those fields, Jared Jacobsen said the style reaches as far as music.

Last Sunday, the Chautauqua Opera Guild held a soireè for the purpose of thanking their members and supporters, along with celebrating a very special set of anniversaries. 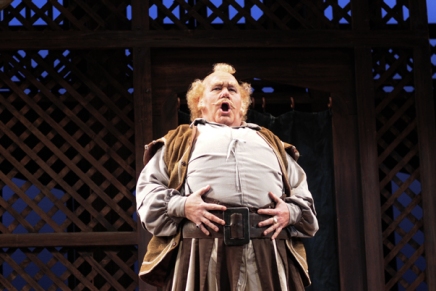 “All in the world’s mere folly; man is born to be jolly,” basso buffo Kevin Glavin said, reminding audiences of the lesson to be learned through uproarious laughter in tonight’s production of Falstaff, Giuseppe Verdi’s comedic masterpiece, by the Chautauqua Opera Company.

Falstaff, the final opera in Verdi’s long and distinguished career, will be performed at 7:30 p.m. in Norton Hall and again at 7:30 p.m. on Monday. Students of Chautauqua Opera’s Young Artist Program will provide the chorus for the show.

“Now,” sing the members of the Chautauqua Opera Company, as tenor Kevin Ray lifts his voice above a storm of choral waves, in the climax of this year’s first main-stage performance: Peter Grimes, the masterwork by English composer Benjamin Britten.

On June 17, following months of preparation — auditions, set design, costume selection and rehearsal — the best of the program’s 700 applicants enjoyed the chance to gather in the same room to rehearse the songs they had been practicing since spring.

General/Artistic Director Jay Lesenger had never put on Peter Grimes, and when the “the right circumstances” presented themselves, he jumped at the chance.

In what amounts to an operatic variety show, Chautauqua Opera Company’s Studio Artists will stage 11 scenes from opera literature at 4 p.m. today in Norton Hall. In their last featured performance this season, they will give the audience a taste of the genre and its spectrum.

The singers will present selections from German, French, Italian, Spanish and English operas, with a heavy dose of comedy to lighten the mood brought by this year’s two tragic productions.

To give such an array of operatic vignettes, two directors and seven musical directors have been staging and coaching their scenes, balancing the preparations for the show with those for other productions: An art song recital, a musical revue and choral work in a pops concert are all scheduled within a three-day span.