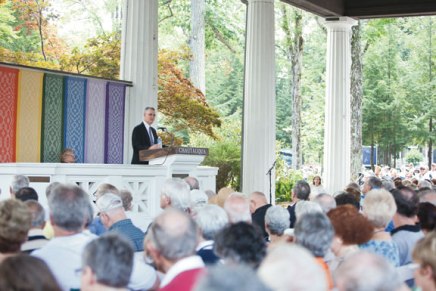 On Wednesday, John Q. Barrett, a constitutional law and history professor at St. John’s University, continued the Department of Religion’s Week Nine Interfaith Lecture theme, “The Ethics of Presidential Power,” with a lecture titled “Civil Rights and Judicial Appointments: Presidents Kennedy and Johnson and Their Successors.”

The position of United States president is one that only those who have occupied the Oval Office can understand, meaning current and former presidents share a bond that transcends political boundaries.

With both major political parties on the cusp of nominating their candidates for the most important job in the U.S., Chautauqua Institution offers a week of 10:45 a.m. Amphitheater lectures exploring the complexities and burdens of the presidency, and the relationships between those who have held it. 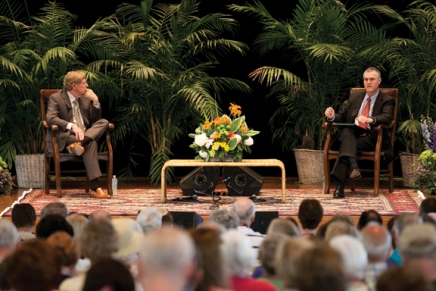