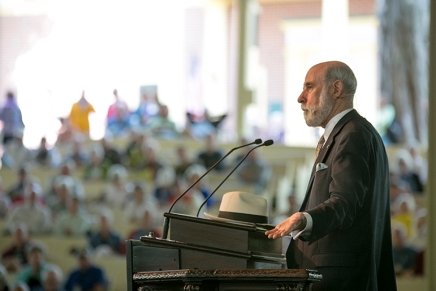 When the word “evangelist” is thrown around, it is often first associated with religion and, more specifically, Christianity. Vinton “Vint” Cerf, the vice president and chief Internet evangelist of Google Inc., redefines the term.

Vint Cerf thinks emails, photos, documents, spreadsheets, webpages, videos and practically every other form of digital artifact should be saved…

Shortly after former Apple CEO Steve Jobs began his second stint at the future tech giant in 1997, he decided to scrap the plans for an Apple corporate museum in California’s Silicon Valley, and instead donate the company archives to Stanford University’s Silicon Valley Archives. 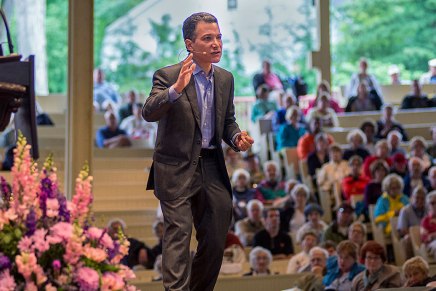 On Monday in the Amphitheater, Jeffrey Rosen examined the right to privacy through a constitutional frame, exploring both historic and hypothetical cases in which privacy clashed with security or freedom of speech, or was conflated with property rights.

Throughout the 2013 Season, select speakers at Chautauqua Institution — specifically chaplains in residence — have cast technological innovation in a pessimistic light. But it is not the criticism of smartphones and video games that is problematic. Rather, it is the sheer lack of a response to this criticism which serves as a reminder: The Institution has historically offered very little programming on technology and culture. 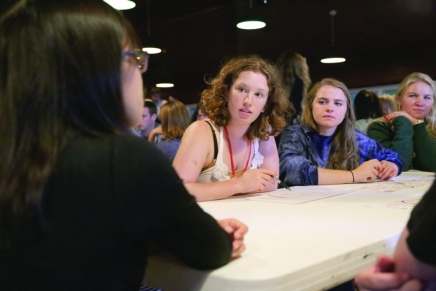 Last Tuesday night, approximately 40 young minds gathered in the Pier Building to “Solve For X.” A brainstorming project run by Google[x] — the arm of the technology giant responsible for the self-driving car and Google Glass — Solve For X brought 17- to 24-year-olds together for an hour of presentations by three innovators, followed by a half-hour of brainstorming about each innovator’s idea. Google describes the process as the meeting point of a huge problem, a radical solution to the problem and the use of breakthrough technology.

Though Megan Smith’s current place of residence is in Silicon Valley, the vice president of Google[x] has her roots on the grounds of Chautauqua Institution.

“It’s nice to be home,” she told the crowd at the Monday morning lecture in the Amphitheater. “Traveling with all of you has been an incredible experience.”

Once a participant in the Chautauqua Boys’ and Girls’ Club, Smith was back to jumpstart the second week of morning lectures with the theme of “The Next Greatest Generation.”

The vice president of Google[x] was responsible for the various vehicles that drove around the Institution’s grounds last year gathering images for Google Maps Street View, which went live last month.

Smith, who will open this week’s morning lectures at 10:45 a.m. today in the Amphitheater, knows a lot about “The Next Greatest Generation.” And she said that the audience already knows about this generation as well, seeing as they are a part of it.

In what some refer to as the most significant federal decision since the New Deal, on June 28 the United States Supreme Court affirmed the constitutionality of President Obama’s Affordable Care Act in a 5-4 vote. When the news first broke, organizations immediately took to Twitter to broadcast the decision as Chief Justice John Roberts read the ruling.

With floods of tweets about the verdict, some news outlets chose to be first instead of verifying what they reported, which led CNN and Fox News to publish false information.

Writer-in-residence Jonathan Eig said journalists have often made mistakes, but the digital realm allows those to happen at a faster rate.

The Week Six morning lecture platform theme is “Digital Identity,” and Eig will present a Brown Bag Lecture, “Googling Your Way to Good Writing,” at 12:15 p.m. today on the Alumni Hall porch. 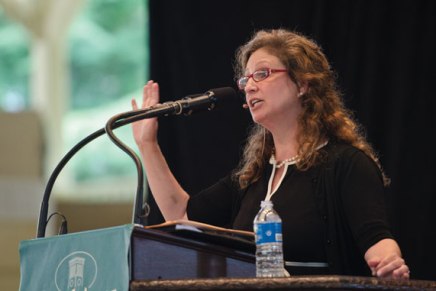 In exchange for a digital identity, people have given up their privacy.

Google has kept archives of emails sent and friends’ replies for the last six years. Facebook tracks people’s activities all over the Internet, even when they are logged off. And Twitter taps into entire address books when people use the “find friends” option and archives it for 18 months.

For those who do not use Facebook or Twitter, that does not mean no one is watching them, said Dahlia Lithwick, who reports on the law and the U.S. Supreme Court as a senior editor of Slate magazine. People can be tracked by turning on their phones, using an E-ZPass or using a Starbucks card.