The last time Dan Brown spoke in the state of New York, he fell under scrutiny for the controversial topics that he explores in his novel The Da Vinci Code. Seven years later, Brown was the one leading the scrutiny.

After watching, “Chautauqua: An American Narrative,” Blythe Brown quickly called friend and lifelong Chautauquan Michael Rudell to volunteer her husband to speak at the Institution. 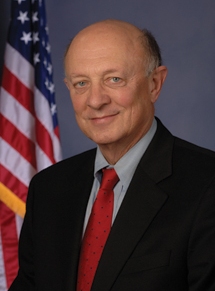 A man well versed in politics, Woolsey unsurprisingly entered into a discussion about the Vietnam War that evening. Somehow, that conversation managed to turn into a loud and rather angry argument with none other than Paul Nitze, the Deputy Secretary of Defense and father of the bride-to-be.

When Peter Earnest first accepted a position with the United States Central Intelligence Agency, he, like the majority of the population at that time, knew very little about what the organization even was.

Now, after 35 years of service with the CIA, Earnest has made it his mission as the founding executive director of the International Spy Museum to educate the public about the role of intelligence and the ways it is gathered.