At 4 p.m. today in Lenna Hall, Thursday Morning Brass will guide the audience through an afternoon of musical whimsy as they play everything from ragtime hits to tunes from famous Broadway shows.

Nearly nine years after their Chautauqua debut in August 2005, the Cypress String Quartet makes a return to the Institution at 4:15 p.m. today in Elizabeth S. Lenna Hall. 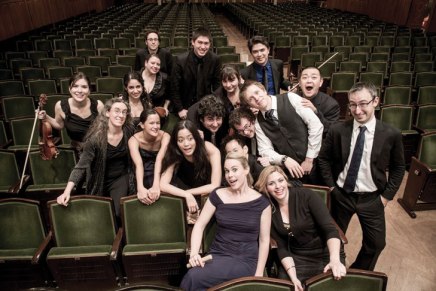 When viola player Jason Fisher and the rest of A Far Cry first walk out at 4 p.m. today inside Elizabeth S. Lenna Hall, attendees unfamiliar with the group will quickly notice what makes them so unique.

The Chautauqua Symphony Partners will be hosting their second Brown Bag lecture of the season at 12:15 p.m. today at Smith Wilkes Hall.

The Logan Chamber Music Series will feature its second of two in-house Chautauquan groups at 4 p.m. this afternoon at Elizabeth S. Lenna Hall as the Chautauqua Wind Quintet performs a program titled “Mozartiana: A Midsummer concert with the Chautauqua Chamber Winds.”

As the 2014 season enters its middle third of programming, fans of the Logan Chamber Music Series will be treated to a pair of in-house Chautauquan groups made up of members of the Chautauqua Symphony Orchestra.

If the thought of sounds akin to a blend of Motörhead and Mozart bouncing around Elizabeth S. Lenna Hall piques your interest, soprano saxophonist Dan Graser is ready and waiting.

One of the focal points of the Chautauqua Symphony Orchestra program this summer is an increased attempt to balance contemporary performances with presentations of familiar, classic works.

During her 21 years with the Garth Newel Music Center in Warm Springs, Virginia, violist Evelyn Grau has heard a great deal about Chautauqua’s musical reputation, but has never had the chance to perform here. 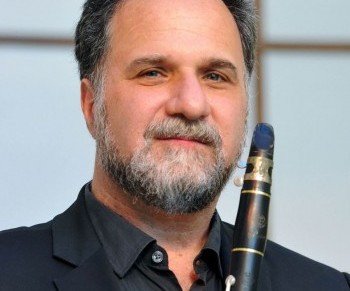 Klezmer music, the traditional music of the Ashkenazi Jews of Eastern Europe, was in David Krakauer’s blood. He just didn’t know that until his late 20s.

“Through a series of chance meetings and coincidences, I got into klezmer music,” Krakauer said. “I was a totally assimilated American. None of [my grandparents] spoke Yiddish in front of me, [but] I knew that obviously we didn’t just jump out of an episode of ‘Leave it to Beaver’ on TV.”