Everyone knows the stereotypes of a Southern lady — a dainty, white woman who tends house and walks about town with her parasol. She has manners, can cook Southern comfort food and waits wistfully for a man to come whisk her away. 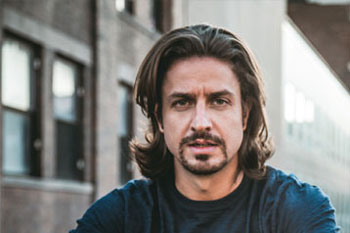 Though Lourenço Bustani holds citizenship in two countries, founded a multinational consulting company called Mandalah that represents corporations such as General Motors, was selected by Nike to help develop a strategy for the 2014 World Cup, and will head cultural planning in Rio de Janeiro for the 2016 Olympic games, he insists he’s nothing special. 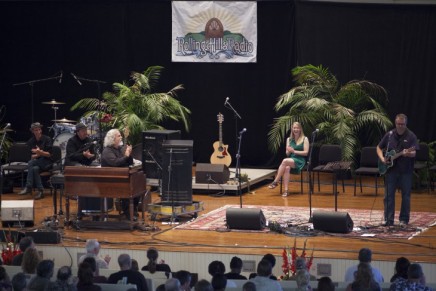 Some people equate the word “radio” with FDR’s fireside chats, helter-skelter antennae and news broadcasts. Younger people may conjure up images of stereos and Sirius FM. Ken Hardley wants to bring back the former.

The average teenage girl sends 100 text messages a day, a fact that was not lost on Amanda Lenhart while she was coaching high school rowing in the early 2000s. Soon, she began noticing the other ways teens used technology were vastly

“That was my inspiration to go into cardiology,” said Corwin, CEO at NewYork-Presbyterian Hospital. Corwin spoke at Tuesday’s morning lecture on Week Nine’s theme of “Health Care: Reform and Innovation.” His lecture focused on the progress being made in medicine today, in technology as well as in cost-controlling measures.

When charting the course of human medical evolution, it becomes evident that progress throughout the past century has been nothing less than remarkable.

About 25,000 years ago, the life expectancy of a human was 25 years, said Harvey Fineberg, president of the Institute of Medicine and previous provost of Harvard University. By 1900, that number had risen to 48 in the United States, and today, U.S. residents are expected to live until the age of 78.

Back by popular demand, Fareed Zakaria will return to Chautauqua in 2014 to kick off Week Eight, themed “Chautauqua’s Global Public Square.”

The best-selling author of The Post-American World and the host of “Fareed Zakaria GPS,” a weekly foreign affairs newscast on CNN, Zakaria will begin a week illuminating issues from all over the world, highlighting those often ignored by American politicians and the public.

Sherra Babcock, Chautauqua Institution vice president and the Emily and Richard Smucker Chair for Education, said she believes Chautauquans will be very excited about the chance to be educated on and engage in global issues.

Finally answering the elusive question in the title of Week Eight’s theme, Kemal Kirişci said at Friday’s morning lecture in the Amphitheater that Turkey’s status as a model for the Middle East should not be overstated. He warned against praising the country’s government as something to be emulated.

Kirişci, a senior fellow and director of the Center on the United States and Europe’s Turkey Project at the Brookings Institution, explored the question of whether the protests in Istanbul’s Taksim Square had damaged Turkey’s position as a role model for the region. His lecture was the last in this week’s theme of “Turkey: A Model for the Middle East?”

If one grew up in a country where money, capital and finance were rarely talked about, imagine how hard it would be to invest, buy a home or even create a savings account.

As a pioneer of financial literacy in her home country of Turkey where that is that case, Özlem Denizmen wants to start that conversation.

Nedim Şener is looking forward to seeing his wife and 10-year-old daughter when he returns to Turkey. However, his time with his family will be brief; Şener goes to trial in one month and faces seven to 15 years in prison. Held without bail, he will be allowed to see his family for 45 minutes per week.