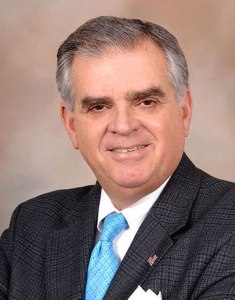 The United States is one giant pothole, said former U.S. Secretary of Transportation Ray LaHood, and Congress does not care.

At 10:45 a.m. today in the Amphitheater, LaHood will deliver the final lecture of the season, discussing transportation and how to build more livable communities. While transportation drives economies, LaHood said there is currently little political will behind the upkeep of America’s infrastructure — let alone exploring new initiatives.

A former Republican congressional representative from Illinois, LaHood tried to implement his policies for more livable communities during his tenure as head of the Department of Transportation.

“I’m going to talk in great detail about what we did all over America, with respect to mass transit, transit, light rail, street cars, walking and biking paths,” LaHood said. “We’ve made a lot of progress thanks to the mayors and county officials and governors that really wanted to do innovative approaches.”

This kind of diverse transportation makes life easier in densely populated areas — especially for people who may not own a car.

It also provides jobs for those who need it most.

Going forward, however, there is not much political will for the necessary investment in this kind of infrastructure.

“The current Congress is kicking the can down the road by extending the current bill, slopping some money from the general fund to the Highway Trust Fund to keep it from going completely broke,” LaHood said. “I think, in the short term — in the next year or two — the future is very dim.”

One suggestion LaHood offered was raising the federal gasoline tax, which has not been raised since 1993.

The gas tax in the early 1990s was 18.4 cents, according to an article by Dug Begley from the Dirksen Congressional Center. That same year, Harvard tuition was a little more than $23,000. Now, Harvard costs $20,000 more than it did two decades ago, but the tax is still 18.4 cents.

“When you give people an opportunity to invest in infrastructure and pay for it, they do,” LaHood said in that article. “Voters support these things. When you ask them to vote for infrastructure spending, 90 percent of those measures pass.”

Despite affecting citizens’ lives, though, the issue of funding infrastructure has not only been absent from Congress, but also from presidential campaigns.

“I think it’s very disappointing,” LaHood said. “None of the candidates — either Democrat or Republican — are talking about transportation and infrastructure, especially when we have a broken system and our funding is broken.”