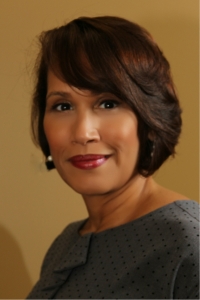 Alexie Torres-Fleming grew up in the South Bronx, and she left to pursue a career. She returned after realizing her individual success wasn’t helping her family or community.

“This model of individual success, which is a very American model, of making it into middle and upper classdom, I think it’s a lie,” Torres-Fleming said. “I don’t necessarily think that the measure of our success is how far away we get from poverty.”

Torres-Fleming, founder of Youth Ministries for Peace and Justice, will give a lecture titled “The Spirit of Justice in Beloved Community” at 2 p.m. today in the Hall of Philosophy.

Since 1994, Youth Ministries for Peace and Justice has worked to “build beloved community,” in the South Bronx from a foundation in prophetic faith. This work includes “working to shift the focus of people of faith from a place of charity to a place of justice,” Torres-Fleming said. Building a community often becomes “transaction,” meaning it’s more one person delegating jobs.

“When you include spirit and you include faith, then the work actually has the possibility of becoming transformational,” she said. “And that means the people that we are partnering with, including ourselves, have the possibility to change and to actually become better and be more human. That is the essence of beloved community.”

For Torres-Fleming, the building of these communities also requires a shift in focus from systems to individuals.

“You listen to upcoming presidential candidates or presidential debates, and you [hear a] focus on systems — education systems, our military and economic systems — and [we] often forget to really talk about the humanity and the human beings that make those up, that are deeply rooted in and affected by them,” she said.

This is combated by creating leadership roles for those most impacted by inequality, Torres-Fleming said.

This legacy of leadership is what Torres-Fleming said she is most proud of in her work.

“Some might point to institutions that I’ve founded and built, and some might point to actual community development projects that I’ve done in the South Bronx, and I think those things are important, but those are temporary,” she said. “What lasts is a legacy of really building voice and power amongst disenfranchised people.”

However, Torres-Fleming said her work is still most deeply rooted in her faith.

“It’s not just about how things look; it’s also about our spirit,” she said. “I also deeply believe that the work of social change is, essentially, a spiritual matter and a sacred matter. For me, it’s about an order intended by God that we work to manifest by our actions.”