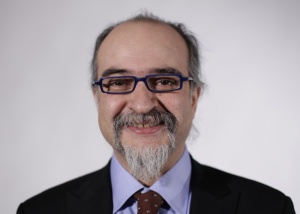 The battle to own the land Israel currently controls dates back thousands of years and has been the subject of centuries of bloodshed. It’s a complex conflict with no end in sight, but this isn’t stopping today’s Chautauqua morning lecture speakers from trying.

Dennis Ross and Ghaith al-Omari are both fellows at the Washington Institute, a policy think tank focused on building peace in the Middle East. The two will share the stage at 10:45 a.m. today in the Amphitheater to offer ideas on how to bring an end to the constant warfare between the two states.

Before anything can be remedied entirely, conditions on the ground for civilians of both states must be improved to build trust in the other, both speakers said.

“The landscape is a pretty bleak one,” Ross said. “Peacemaking right now has a low probability. The question is, what can you do to defuse the current environment so things don’t get worse? What can you do to rebuild a sense of possibility on both sides so peacemaking becomes thinkable and believable again?”

Al-Omari, former adviser to the prime minister of the Palestinian National Authority — a government that operated between 2003 and 2013 — agreed.

“I believe these are necessary steps to recreate a sense of trust between the two peoples,” he said.

Adding to the issue of a lack of trust, Ross said both states are hesitant to believe in the other’s desire of a two-state solution.

Exacerbating concerns, especially for Israel, is the impending U.S. approval of an international deal to prevent Iran from building a nuclear weapon. While there are worries regarding the bomb’s implications given Iran’s public and historical disdain for Israeli sovereignty, al-Omari said a nuclear Iran is also a looming threat for other Arab states in the region.

Another key player in the matter is Egypt, al-Omari said. Egypt is crucial not only to house Palestinian refugees, but because of its role as a leader in the area.

“Where Egypt goes, many Arab countries will go,” he said. “So Egypt can be a leader in organizing Arab support for a peace initiative.”

While Ross and al-Omari work together, they don’t always see eye to eye. However, al-Omari said he agrees with Ross on a number of issues and has great reverence for what he brings to the table, even when they disagree.

“Ross is one of the most constructive people in our field,” al-Omari said. “He’s creative, he’s serious and he always looks for solutions.”

So as each ceasefire falls apart, compromises are denied and people get caught in the crossfire, the two continue to butt heads to try to find a solution to the age-old conflict.

“I’m not prepared to give into those who say, ‘Give up,’ ” Ross said. “That’s why I keep plugging away.”