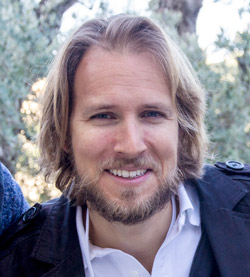 When Daniel Ferguson and the production crews of the IMAX films “Journey To Mecca” and “Jerusalem” began filming, they were told it would be impossible to get access to the holiest sites in the Abrahamic traditions.

Thanks to a fortunate combination of timing and personnel, that was not the case.

Ferguson, who wrote, produced and directed “Jerusalem” and wrote and produced “Journey To Mecca,” will discuss the process of creating those films in a lecture titled “1,001 Cups of Tea: What it Took to Create the IMAX Films ‘Jerusalem’ and ‘Journey to Mecca’ ” at 2 p.m. today in the Hall of Philosophy.

“Jerusalem” will also be screened in the Chautauqua Cinema this week.

“We’re like microcosms of dealing with the Middle East — the politics, the geography, the culture, the sensitivities, and so forth,” Ferguson said. “Really, it’s a story of miracles. I have no idea, in retrospect, how we managed to do it, but we clearly had the right people at the right  time and at the right place.”

Much of the access to holy sites for the filming was gained through simple interpersonal diplomacy and trust-building, Ferguson said.

“It doesn’t matter if you have all the money and influence and equipment in the world,” he said. “It really doesn’t mean anything unless the right people trust you.”

“Jerusalem” explores the city through the eyes of three teenage girls, each of whom follow one of the three Abrahamic faiths: Judaism, Christianity and Islam. Though this approach meant the film had an inherently interfaith perspective, Ferguson said retaining balance both in the film and in audience appeal remained a challenge.

“People just sort of laughed and said, ‘It will be propaganda for one side or the other,’ ” he said. “The challenge really was that everyone perceives this as a place of constant conflict and polemics and divisive issues, and it is. But it’s also a deeply important place to everyone’s culture.”

Although Ferguson had lived in the Persian Gulf region and Jerusalem before working on the film, creating “Jerusalem” changed his perspective on the city, showing him there are many ways to interpret the same sacred space.

“I don’t think that Jerusalem as an idea is any one thing at all, and I think that what I learned making the movie is that it encourages people to listen to each other’s Jerusalems, and it recognizes that there are many [understandings of the city],” he said. “Everyone sees what they want to see in Jerusalem, that’s what so great about it.”

These layered perspectives are what Ferguson hopes to convey through the IMAX medium.

“What IMAX does is it allows you to inhabit space, so you get to experience what life might be like for a Jew, Christian, archeologist or Muslim living different lives in Jerusalem,” he said. “You might not change your [own] perspective on it, but even to just acknowledging that there’s someone out there who sees something that you love in a different way, I think it’s a really valuable idea.”