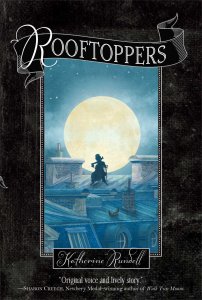 Most authors cannot live the lives of their fictional creations — J.K. Rowling doesn’t have a magic wand, Dr. Seuss never hung out with Foo Foo the Snoo, and odds are Maurice Sendak had no idea where exactly those wild things are.

There’s one author, though, whose words transcend any fictional setting; her time spent scaling buildings and looking out over cities from above has given her the ability to weave an unbelievable story of fiction from real life experiences.

At 4:15 p.m. today in McKnight Hall there will be a book discussion, followed by a presentation by Chautauqua Symphony Orchestra bassist Caitlyn Kamminga about her worldwide career in classical arts.

Associate Director of Education and Youth Services Matt Ewalt said the story enables young readers to connect with a theme that might be foreign to them.

“I think the experience of traveling to a new place and actually experiencing Paris through this magical world that exists — it’s introducing young readers to this city,” Ewalt said. “I’ve asked Caitlyn to talk about a career in the arts that has really taken her around the world and engaged her in new adventures.”

Rooftoppers is about Sophie, who was found as a 1-year-old floating in a cello case in the English Channel. Years later, she is convinced her mother is still alive. Firmly believing in “never ignoring a possible,” she and her guardian Charles embark on a journey to Paris in search of her mother. Her trip takes her many places, including to the rooftops of Paris, where she finds a hidden society of orphans like herself.

Rundell, who grew up in Africa and Europe, has experiences with Europe that manifest in her writing, Ewalt said.

“Many of the speakers on the Amp stage during the week are European voices,” Ewalt said. “This is a book written by a European author who clearly is writing with a love for this European city.”

Rundell has been climbing since she was 6, but she credits her time at All Souls College in Oxford, England for sparking her love affair with rooftops 10 years ago.

“There’s a tradition in England of night climbing, which is when you go out at night and climb the old buildings and see the city from above,” Rundell said. “I started doing that when I first got to university, and now I also climb skyscrapers and big beautiful buildings. When you get to the top, you can see a whole city. And that’s just kind of magical.”

Rundell doesn’t consider herself a free climber, which involves no equipment or aid in difficult and dangerous climbs, but she doesn’t use anything to help her scale scaffolding or drain pipes when she’s scaling a building.

Climbing and seeing the world through this new lens led to Rooftoppers.

“No one looks up, so no one sees you, and you would have this landscape just to explore,” Rundell said. “And so I thought, ‘Obviously, you couldn’t actually live up there. It wouldn’t be workable — you’d die of starvation, and people would see you.’ But, in the fictional world of childhood, maybe you could just about get away with living up there.”

Sophie is an amalgamation of Rundell’s childhood friends, a collection of “really remarkable people I happened to collide with.” She’s oblivious to most problems of childhood and growing up, except she carries an anxiety with her throughout the book that Rundell said echoes throughout her own life.

“The idea of losing something you hold very dear and having to find it — and I thought, ‘What, when I was 10, was most valuable to me?’ It would have been my mother and my father,” Rundell said.

For Sophie, finding her mother helps her remain immune to the anxieties of childhood, Rundell said. Middle-grade readers, whom Rooftoppers is written for, can identify with the issues and thoughts Sophie encounter.