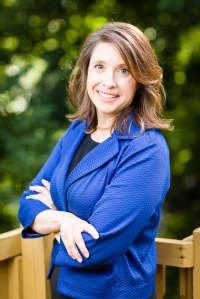 For most people, making a big decision — such as whether to retire, change jobs, start a business or run for office — is difficult.

For many women, decision-making is considerably more complex than determining if it would suit their individual needs.

At 1 p.m. today at the Chautauqua Women’s Club House, as part of the Chautauqua Professional Women’s Network speaker series, Heather Arnet will take the floor. Her talk is titled “Moving from ready, set, to go! Deciding to run for office: challenges and opportunities for women (& those who love them).”

In mid-July, Arnet entered the Pennsylvania State Senate race for District 37, which includes parts of Allegheny and Washington counties in suburban Pittsburgh. The former incumbent vacated this seat in late May, to assume the presidency of the Greater Pittsburgh Chamber of Commerce.

On Aug. 1, the county Democratic committees elected Arnet as the Democratic candidate in the special election for District 37, which will take place on Nov. 3. This means that there will be no primary election.

“At 41, having been CEO of the Women and Girls Foundation for 12 years, I suddenly had to make a big decision that would impact my job, career, family and summer plans,” Arnet said. “So I had to do a quick think.  I couldn’t just think, ‘Is this a good thing for me?’ I had to think about my son and husband. I made the decision [the first weekend [of August].”

When she was making her decision, Arnet noticed that a lot of male legislators and staff were asking if she understood how hard she would have to work.

“Everyone asked,” she said. “I thought that was very interesting. I run a nonprofit; that’s a 24/7 job. I already work evenings and weekends. I have always had to recognize that I’m a public figure, a CEO. I go to community events in evenings and travel on weekends.”

The community awards that she has consistently received are a testament to Arnet’s work ethic.

Arnet is well aware of the gender disparities within Pennsylvania that have been identified annually by the Institute for Women’s Policy Research. In its latest report, “The Status of Women in the States: 2015,” the IWPR ranked Pennsylvania 23rd out of the 50 states with respect to the overall status of women.

The IWPR’s report card for Pennsylvania gave the state its lowest grade — a D-minus — for political participation. Only 17.8 percent of the state’s bicameral legislature is composed of women.

Pennsylvania also received a D-plus for work and family, a C-minus for health and well-being, a C for both poverty and opportunity and reproductive rights, and a C-plus for employment and earnings.

Women earn just 76 cents for each dollar earned by a man in Pennsylvania, and 32.1 percent of employed women work in low-wage jobs. Men are 2.2 times more likely than women to work in science, technology, engineering and math occupations.

Arnet has led the efforts of the Women and Girls Foundation of Southwest Pennsylvania to achieve equality for women and girls, develop tomorrow’s female leaders and invest in improvements in public policy.

She is also chair of the board of directors of the Ms. Foundation for Women, board chair of the Johnson Institute for Responsible Leadership, and a member of the advisory board of WQED Multimedia and the Forbes Fund.

“It is important to me that girls be involved very early as leaders,” Arnet said. “I have been mentoring them into the movement and cultivating leaders. I am interested in systemic change. That’s where sustainability comes from.”