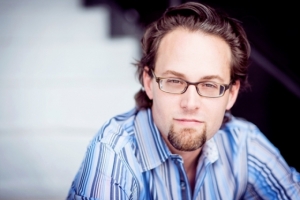 Following the announcement of finalists Eric Einhorn and Steven Osgood in late May, Chautauqua Institution officials said they are nearing the end of the months-long search for a new artistic and general director of the Chautauqua Opera Company.

The search began following current Director Jay Lesenger’s April announcement that he would retire. After more than two decades at the helm of the company, Lesenger’s departure leaves a significant void.

“When Jay came in here 21 years ago, he had a huge job to work on raising the national reputation and putting the opera company on firm footing financially,” said Deborah Sunya Moore, associate director of programming. “Of course, the opera has gone through many transitions since, but I think someone has an incredible platform to build on.”

In accordance with the vacancy’s significance, a search committee was convened to aid the Institution in narrowing and selecting from the pool of applicants. Composed of Institution trustees, members of the Chautauqua Opera Guild, and the community at large, the committee is structured to provide input from all stakeholders before the Institution makes a final decision.

The position attracted more than 50 applicants from all corners of the opera community. Preliminary interviews and research eventually narrowed the field to finalists Einhorn and Osgood. A stage director and conductor, respectively, each candidate would bring a unique professional background to his role in Chautauqua.

Einhorn founded and currently serves as the artistic director of the New York City-based On Site Opera. During the 2014-15 season, he also worked with Lyric Opera of Chicago to direct the world premiere of The Property, a stage adaptation of Rutu Modan’s graphic novel.

Osgood, who conducted Chautauqua Opera Company’s 2009 staging of Tosca and last season’s The Ballad of Baby Doe, served as the artistic director of American Opera Projects from 2001 to 2008. He has also worked with such companies as The Metropolitan Opera, Santa Fe Opera and Atlanta Opera — among others.

Melissa Orlov, who is a member of the search committee and a past president of the Guild, said the final stages involve both assessing each candidate’s qualifications and fit with the Chautauqua community. Each candidate and his family was invited to the grounds to spend time with the company and take part in informal dinners and tours with Chautauquans.

After months  of deliberating over the search process, Orlov said she’s optimistic for what either candidate will bring to the post.

“Opera, at the national level, is under siege,” she said. “Here at Chautauqua, there is a strong and vital opera program. We had the opportunity to really put our stake in the ground and find somebody who would really take it into the future. As opera changes, this is a way to help bring some of those changes here to the Institution.”

Orlov said the search committee has been exhaustive and deliberate in its discussions so far in recognition of the gravity of its recommendation. Orlov described “vigorous debate” in which each candidate’s background and style were critically analyzed. She also recognized that, whichever candidate is chosen, the decision will disappoint some people.

However, Chautauquans should wait several years before passing judgment — both candidates are supremely qualified, Orlov said.

“It’s much more than a popularity contest,” Moore said. “It’s about the whole range; this person has to be an advocate, they have to be able to communicate and connect with people, they also have to be highly respected in their field. It’s also about vision — where they see the company going.”

Whichever candidate is ultimately tapped for the role will not be without guidance. Part of this is to ensure a degree of continuity, but it also allows the new director to make up for lost time — the productions for the following season are usually announced before summer’s end, while the new director will not be able to announce details until he assumes his role in the fall.

Lesenger has accordingly promised to spend the remainder of his contract, which expires December 2015, coaching his successor on the intricacies and infrastructure of the Chautauqua Opera Company.

“It’s not as if [Lesenger] finishes Eugene Onegin and he’s gone,” Moore said.

Moore emphasized, however, that whoever replaces Lesenger will enjoy freedom to pursue his own vision for opera at the Institution with very few limitations.

With the selection process in the final stages, she said she hopes to announce the new director by the end of the 2015 season.