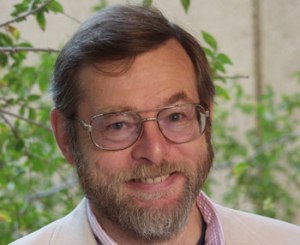 To many, the past is only a window to a time forgotten, never necessary to revisit and analyze. But a lecture today will show that those who forget their history are doomed to repeat it.

Brad Allenby, Lincoln Professor for Engineering and Ethics at Arizona State University, will speak at 4 p.m. today in the Hall of Philosophy as a part of the Lincoln Series in Applied Ethics. Allenby’s lecture, titled “Civilizational Conflict, Strategy, and Emerging Technologies,” covers the discussion of the complexities of modern geopolitical climate through emerging new technologies and strategic frameworks in conflicts.

“It’s clear that the sort of geopolitical, strategic complexity of the world has gotten a lot worse,” Allenby said. “Everything from [North] Korea to Afghanistan and Iraq to Crimea with Russia to China rising and the issues of the South and East China seas. So the question is, ‘How do you think about that?’ ”

The answer is to identify when a new problem or issue occurs, Allenby said. History has already shown through different patterns where history repeats itself, or when there are new variants but still a similar pattern.

It’s also important to know when an issue arises that is completely new, and in turn, needs a new method to approach it.

“Rather than thinking about the past as something that has vanished in the present … what we need to do is understand where and how to use our knowledge of the past to help us manage the present,” Allenby said. “So we need to think about what is truly new and what is simply a variant of old patterns.”

Allenby is the second lecturer of the Lincoln Series in Applied Ethics this season. Allenby was previously the environment, health and safety vice president for AT&T.

For the most of the lecture, Allenby will talk about some of America’s greatest threats — North Korea, China, Crimea with Russia and ISIS — and how to approach them in a smart and safer method to analyze their civilizations. For nations like Russia and North Korea, though most of these threats are new, they are always something that can be analyzed through the patterns of past events, he said.

According to Allenby, China’s rising in power is an exception to that rule, for there are no historical patterns that people can consult.

Going beyond the concept of nations with actual borders, ISIS even has a historical pattern, one that rejects the Western system of nation-states. They instead embrace a more mixed and fused pattern of authority, usually seen during the Middle Ages in Europe, a term known as “Neo-Medievalism,” Allenby said.

Conflict in civilization is always going to happen, Allenby said. In the next 100 years, the world may see that. After knowing how to identify and categorize these different civilizations, he said now people could be able to find ways to stop meaningless bloodshed. Conflict can be constructive rather than destructive, Allenby said. He refers to the constructive conflict’s influence as “soft power.”

“[It’s] competing as attractive cultures as opposed to competing by attacking each other,” Allenby said. “For example, the U.S. rolls out Hollywood, and China decides to roll out its art and its movies, and we go at it in the cultural domain rather than going at it in terms of conflict.”