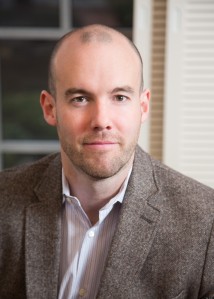 Contrary to the common expression, money actually can buy happiness.

Michael Norton, the co-author of Happy Money: The Science of Smarter Spending and professor of business administration in the marketing unit of Harvard Business School, will explain how spending money in the right way can result in happiness at 10:45 a.m. today in the Amphitheater.

Norton’s book includes five principles to lead people toward financial stability and assisting companies in creating happier employees and customers. Norton’s field of research involves the psychology of investment and the effects social factors and norms have on individuals’ attitudes and behaviors.

Dan Ariely, best-selling author and James B. Duke Professor of psychology and behavioral economics at Duke University, said Norton will discuss why people think money buys happiness and why it doesn’t buy as much happiness as they think.

Ariely said findings show being poor is terrible and having some money is good, but for people earning $70,000 to $80,000 a year, the return on happiness is not that high.

Along with debunking the myth that money does not equal happiness, Norton will discuss giving money, but in the right way.

“Another big point of the lecture has to do with the realm of giving,” Ariely said. “We all give some money away to charity, but there are different ways of giving money wisely.”

Norton led a lecture on TED Talks titled “How to Buy Happiness,” which aired in November 2011. He referred to a CNN article that discussed a study on people winning the lottery. He said people think life is going to be amazing once they win the lottery, but two things can happen. One, people spend all the money and go into debt. Two, everyone they know asks them for money.

This ruins relationships, so people end up with more debt and worse relationships than before they won, he said.

“People tend to spend money selfishly, but what would happened if you were more prosocial with money?” Norton said. “Would they be happier?”