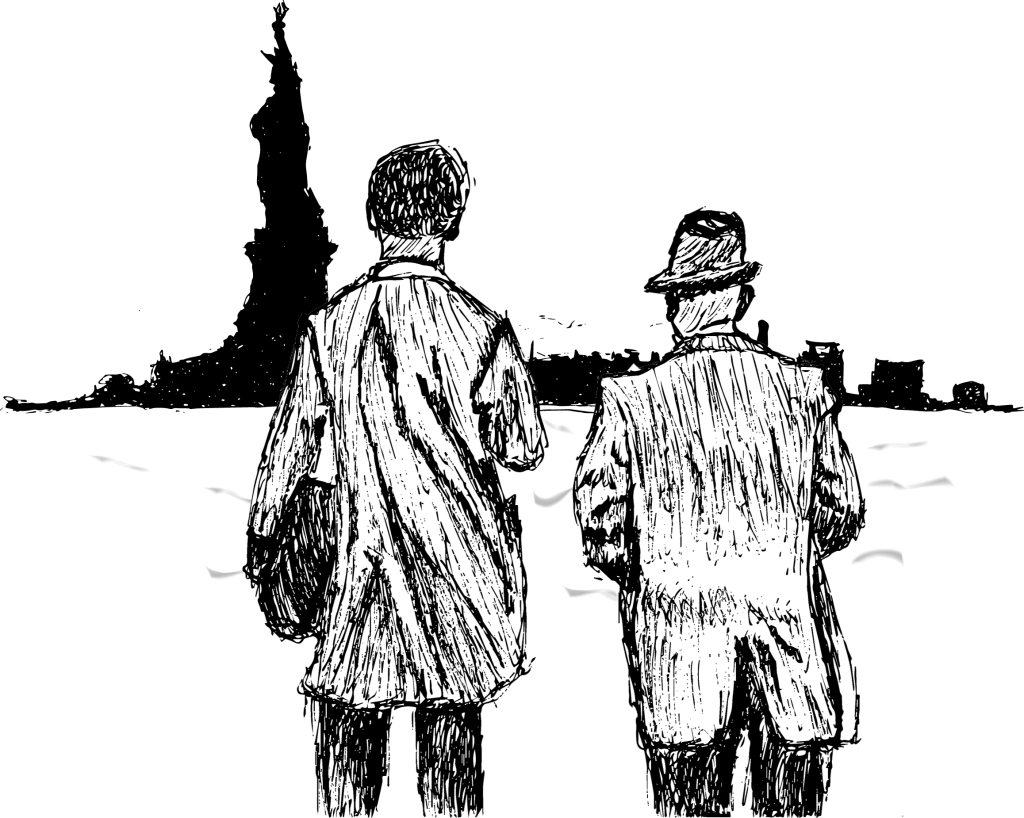 Millions of immigrants have traveled across an ocean to America. Chautauquans only have to head to the Amphitheater to hear their stories.

The Chautauqua Symphony Orchestra and Chautauqua Theater Company come together at 8:15 p.m. tonight in the Amphitheater to perform Peter Boyer’s Ellis Island: The Dream of America, a musical exploration of American immigration.

Concertmaster Brian Reagin will open the concert with the violin solo from “Theme from ‘Schindler’s List.’ ” The CSO will also perform The Firebird suite, a piece Music Director Rossen Milanov said serves as a flashy and familiar bridge between the program’s opener and closer.

Situated in New York Harbor, Ellis Island served as the doorway for millions of immigrants into the United States between 1892 until 1954. Boats arriving from Europe and abroad deposited immigrants on the island for processing and admission to New York proper.

Boyer’s work comprises images and oral histories compiled from the archives of the Ellis Island Immigration Museum. Images of actual Ellis Island immigrants will be projected during the piece’s prologue and epilogue while CTC actors read their words over the symphony accompaniment throughout. The immigrants’ accounts capture the legacy of immigration in the United States and serve as a timely balance to conversations on contemporary immigration. According to Deborah Sunya Moore, associate director of programming, this reality made tonight’s program a no-brainer.

“When [the Chautauqua Institution education department] started talking about the week on immigration, I immediately thought of Peter Boyer’s Ellis Island,” Sunya Moore said. “If an opportunity arises to have fabulous concerts that also fit within the context of a week, we think it has the opportunity to offer Chautauquans a way to connect between programs.”

Actor Andrew Borba is in his seventh season with CTC and was recently seen on stage with CTC’s season opener Our Town. He is the stage director of the piece and also one of the performers.

“Ellis Island is a moving piece with beautiful music,” Borba said. “It fluctuates between the symphonic piece and an underscoring of the real stories told by real immigrants.”

The performance includes three of CTC’s conservatory actors, along with Borba and guest artist Carol Halstead, who was also seen in Our Town as Mrs. Gibbs.

The performance will include a total of seven monologues, two from the women and one from each of the men. Each of their characters tell a moving story about their journey to the United States, of the obstacles, the nauseating ship rides and that moment of relief when they first see the Statue of Liberty.

“One of my characters is of an Italian woman whose father came to America when she was young. She talks about the many trips her father has to make, the bad weather and the people fainting on the ship among other things,” said Keren Lugo, a CTC conservatory actor. “America represented freedom to her, represented being alive and having survived.”

The chosen interviews are all of people who immigrated between 1910 to 1940, a time when the world was at war.

“My character is one of the upbeat ones. His story is not so much about his expedition to America but more about his excitement once he gets there,” Bambery said. “My piece would be the happiest piece.”

Bullock’s Hungarian character is far from happy. He tells a devastating story about leaving his father, watching his mother die and coming to America in a jam-packed boat.

“He also mentions the Statue of Liberty because that is a recurring symbol in all the pieces,” Bullock said. “It signified independence.”

In that respect, the 40-minute Ellis Island is a celebration of the United States’ diversity. As composer Boyer said in his teacher guide to the piece, “The United States is often called ‘a nation of immigrants.’ This is because, for hundreds of years, people from many other nations have come to the United States to make this nation their home, and they have eventually come to be part of the American fabric.”

The composer will be present at the pre-concert talk at 6:45 p.m. tonight in the Hurlbut Church sanctuary to explicate his work and answer questions from the audience.