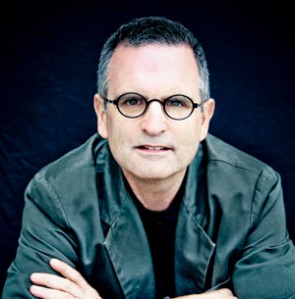 Some things are just meant to be.

Sherra Babcock, vice president and Emily and Richard Smucker Chair for Education, knew exactly who she wanted to speak at the Chautauqua Literary and Scientific Circle Roundtable for Week Two as soon as the lecture theme of the week was selected: Gilbert King, winner of the 2013 Pulitzer Prize for General Nonfiction.

“We invited him the minute we chose the topic,” Babcock said.

King is the author of Devil in the Grove: Thurgood Marshall, the Groveland Boys and the Dawn of a New America, one of two CLSC selections for Week Two. King will discuss his work today at 3:30 p.m. in the Hall of Philosophy.

Devil in the Grove came to Babcock’s attention when it was a finalist for the 2013 Chautauqua Prize. She said King’s book, which explores the tale of the “Groveland Boys” — four young black men who were accused of raping Norma Padgett in Lake County, Florida, in 1948 — represents an integral part of the week’s lecture theme, “Boys Will Be Boys, Then Men.”

“The topic of the week crisscrosses the cultural and racial and age issues of boys growing up,” Babcock said. “And the fact that these young men were accused and prosecuted for something — it’s an old story.”

While it is an old story, Babcock said, it’s one that’s still playing out today.
It can be seen in the way that people are reacting to the Confederate flag controversy, she said, and the recent, racially charged murder of black churchgoers in South Carolina.

“[It’s] the racial hatred that causes people to make up stories and not worry about how that’s going to affect someone’s life,” Babcock said. “It’s a part of growing up on both sides of the racial divide. It’s poisonous to the one, and deadly to the other.”

King said he’s thrilled he gets to present on his book as a part of Week Two’s programming.

“I’ve been hearing about Chautauqua Institution for so long, so all of a sudden to just be part of that — this timeless, generational tradition — is just such a great honor, and I don’t even know how to respond to it besides to be incredibly excited,” King said.

King said that the connection between the CLSC’s vertical theme of truth and consequences and Devil in the Grove is a simple but important one. The truth of the Groveland Boys case was covered up by various law enforcement agencies and took many years to come to light, King said.

A large part of the truth coming to light was King’s persistent research of the case for his book, which involved diving deep into unredacted FBI case files and gaining access to the NAACP’s Legal Defense fund files.

“You have these boys who are really trying to become men, trying to envision and participate in the American Dream, and for reasons that are out of their control they get accused of this rape that they had nothing to do with,” King said. “And you can just see how the downward spiral starts.”

King said the different outcomes of the case of the Groveland Boys show how easy it was for white supremacists “to use their power to keep their foot on the throats of African-Americans in the late 1940s.”

The years leading up to the widespread Civil Rights Movement of the 1960s were important, King said, but it’s an era in U.S. history that is often overlooked. That’s why he chose to explore the story of the Groveland Boys and bring it to light — something he hopes to share with Chautauquans.

“It’s a period in American history that we really don’t know a lot about,” King said. “It was a very violent, brutal time for African-Americans. By using this crime story, I’m able to walk people through the laws that were on the books, and you see this huge sense of white supremacy.”

King said that one of the hardest parts of writing Devil in the Grove was the fact that one of his characters — Norma Padgett — was alive and well in rural Georgia when he was in the process of crafting the story. He said that for writers of historical nonfiction, it’s “a little bit easier to deal with dead people” as the subject of their writing.

But when King found out that Padgett was still alive, he decided to reach out to her, hoping to “round her out” as a character and important player in the case of the Groveland Boys. She declined to be interviewed.

“Her message to me was that she wanted to let sleeping dogs lie,” King said.

Padgett’s declaration of rape was the impetus for the story that King wanted to tell in Devil in the Grove, but he said he understood her unwillingness to revisit the past.

“I think that was the hardest part for me, because I really wanted to humanize her,” King said. “I never really felt that she was the real cause of all the violence and injustice that happened in this story. My thinking has always been that it was the men in her life — her husband, her father, the sheriff, the prosecutor — they took the story away from her and made it their own.”

Fifty years separate the two books, but both scrutinize the cultural intersection of race and justice. King said that people often tell him they were angry when reading his book.

“I get that reaction a lot,” King said. “People saying, ‘I had to put that book down.’ ‘It was infuriating.’ ‘I can’t believe the things that were happening in our country.’ And I think that’s part of the problem: We turn a blind eye to this brutality that exists in our country, especially in the years leading up to the Civil Rights Movement. It is kind of infuriating if you’re a patriotic American, because this has been sort of hidden from view.”

King said he’s eager to keep exploring stories like those of the Groveland Boys, something that winning a Pulitzer Prize has enabled him to do.

“These are the stories that I like the most: going back in time and revisiting these lost cold cases,” King said. “And I wasn’t sure that there was going to be a demand for that kind of writing anymore, because my book sales were never really large. So it really was a great thing, because now I can go back and keep doing these kinds of stories.”

Though King looks to the past for his writing, he said these topics are still relevant and increasingly significant for a contemporary audience.

“I think it’s an important way of understanding where we are today — by looking back at these stories and seeing the injustice in them,” King said.