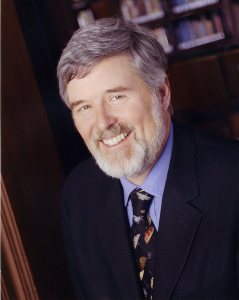 Boys are falling behind girls academically: 11 percent of boys are now diagnosed with Attention Deficit Disorder in the United States, 58 percent of college graduates are now young women, and two-thirds of high school valedictorians are girls.

Michael Thompson, psychologist and co-author of Raising Cain, will speak about boys and the challenges presented during boyhood at 10:45 a.m. today in the Amphitheater. His statistics are reflective of his extensive work with young adults.

“Fifty years ago, when I graduated from high school, that statistic was reversed,” Thompson said. “What happened that sent girls flying past boys in school?”

Differences in the education sphere that may be hindering the development and growth of young men will be a topic of his discussion.

“I do not want to roll back the progress of girls in any way, but I think we need to figure out why the school experience for boys is not working for them in the same way,” said Thompson, who has written nine books, including Homesick and Happy; Mom, They’re Teasing Me; and Best Friends, Worst Enemies.

His studies with young adult males have led him to talk on several issues — overbearing parents, the eclipsing of electronics and a thirst for independence are just a few.

“As parents, we are losing the battle to keep our kids away from electronics,” Thompson said during a talk given at Camp Champions. “It’s just too hard, partly because we’re addicted ourselves.”

Sherra Babcock, vice president and Emily and Richard Smucker Chair for Education, said she’s wanted to bring Thompson to Chautauqua since she started working at the Institution eight years ago.

“He’s been recommended three or four times by Chautauquans,” Babcock said. “I’ve been familiar with Dr. Thompson and his work since Raising Cain came out.”

The book, published in 2000, has helped Babcock, formerly an administrator in higher education, come to understand young adult males, and she said she has recommended it to many others.

“It was so revealing to me about how to work with male students — their sensitivities and their concerns — I found it to be really helpful,” Babcock said.

In speaking about the emotional lives of boys, Babcock said, Thompson will provide an understanding of what society is doing, and what society should be doing.

“This is going to be a wonderful week, and an important week,” she said.