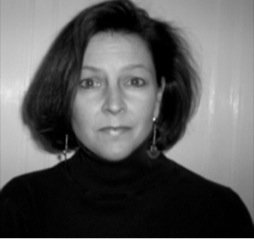 They’re not those kinds of girls. They’re beautiful, bossy, empathetic and polite. They’re golden girls, and they’re on a mission.

Kristen Kovacic, prose writer-in-residence for Week One at the Chautauqua Writers’ Center, will discuss the resurgence of women in the field of essay writing with her Brown Bag lecture, “Golden Girls: Women Take Over the Essay,” at 12:15 p.m. today on the front porch of the Literary Arts Center at Alumni Hall.

Kovacic cited authors like Eula Biss, Lena Dunham, Tina Fey, Leslie Jamison, Amy Poehler and Cheryl Strayed as examples of female essayists whose work has become extremely popular and visible in a field that’s often been dominated by men in the past. Kovacic said part of this is historical.

“I was noticing that this form, up until now, has seemed like a fairly esoteric literary form and also pretty much the province of men — starting with Michel de Montaigne in the 16th century, who wrote the first essay,” Kovacic said. “It’s now become a popular and bestselling genre for women. So I want to think about that in my talk and maybe celebrate and consider why this is the moment of the woman’s essay.”

Kovacic, whose essays have won her a Pushcart Prize, said the topic was of natural interest to her. She said she’s not the only one noticing that women are starting to inherit the earth in the field of essay writing, either. She cited a piece from The New York Times titled “Is This a Golden Age for Women Essayists?” co-authored by Strayed and Benjamin Moser.

Kovacic said she’ll explore the history of essay writing as a form, starting with Montaigne.

“I want to give a little bit of the history of the essay, maybe think a little bit about why women haven’t been as prominent in the genre, and maybe speculate as to why, at this moment, women are interested in writing it and people are interested reading what women have to say about their own lives,” Kovacic said.

The rising trend of successful female essayist has corresponded with the rise of women as empowered thinkers and intellectuals, Kovacic said.

“The kind of all-purpose, gentlemanly intellectual is the image of Montaigne, and it’s taken a long time for women to get the intellectual courage to see themselves in that way,” Kovacic said. “That’s what the essayist is: a woman of letters, in a sort of way — a woman of general intelligence and sense. And the courage to be that kind of woman, I think, is something new in the world.”

Kovacic said she wants to make her audience more aware of the books she’s talking about and a movement that “has found its moment.”

“In the tradition of the [Chautauqua Literary and Scientific Circle] and the encouragement of reading and discovery, I hope people will discover some writers that maybe they haven’t heard of yet,” Kovacic said

Kovacic says that her topic is one that a lot of Chautauquans can take to heart, because it’s exactly the type of writing that a lot of them are doing.

The women that Kovacic plans to discuss show that writing personal essays can go beyond just finding personal satisfaction, she said.

“I want to notice that beyond this kind of work being personally satisfying, or something you can pass on to your children, it can be hugely popular,” Kovacic said. “And meaningful and satisfying to a very broad audience.”