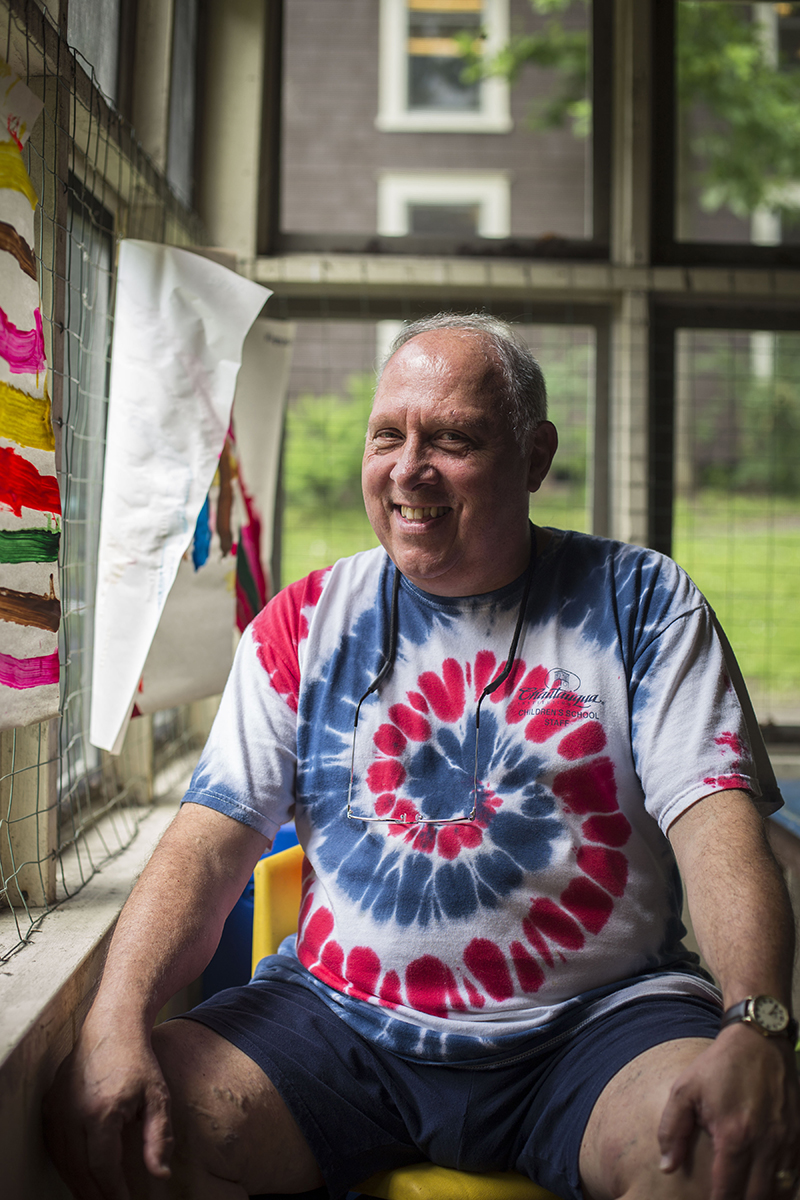 BRIA GRANVILLE | Staff Photographer
Kit Trapasso has been the director of the Children’s School since 1984. He said his love of working with children and the culture the Institution provides for their growth brings him back to the position.

Trapasso has had practice.

For 31 years, he has honored the Children School’s illustrious past as the oldest preschool setting in the nation by developing a platinum standard for nursery and kindergarten curriculum.

At 9 a.m. Thursday at the CWC House, Trapasso will open the Chautauqua Women’s Club’s 2015 weekly “Chautauqua Speaks” series with the topic “Everything you ever wanted to know about the Chautauqua Children’s School.”

To better understand the Children’s School’s historic contribution to early childhood education, he dug into its archival records. According to Trapasso, they date to 1877, three years after the Chautauqua Lake Sunday School Assembly was first convened.

“Chautauqua found a wonderful niche, a program for young children and training for kindergarten teachers,” he said.

By 1921, this program had evolved into a school with its own building, for which the first of three additions was constructed within just five years. Fully renovated and expanded in 1994, the architectural integrity of the school’s structure was kept intact.

While pre-kindergarten and kindergarten attendance is widespread today, neither are mandatory in most U.S. states, including New York and Pennsylvania. For many youngsters, the Children’s School is their first preschool experience.

On weekdays throughout the season, Chautauquans ages 3 to 6 occupy the School’s six classrooms from 9 a.m. to noon. From 2 to 4 p.m. the 6-year-olds transition from preschooler to Group One “grouper,” and their instructors from teacher to counselor, at the Boys’ and Girls’ Club.

The Children’s School is far more than a “drop-off center.” Trapasso, who earned master’s degrees in early childhood development and special education from the University of Pittsburgh, served part time for six years as a consultant to the Children’s School before becoming its director in 1984.

Given the school’s unique location within the Institution, he envisioned and developed a preschool curriculum cleverly dovetailed with Chautauqua’s weekly themes and its art, dance, music, opera and theater programs.

For the children, Trapasso’s priorities are comfort, community, creativity and culture. For young professionals, he has focused on making the school a model for teamwork and a positive training center.

While advancing the field of early-childhood education, Trapasso has also continued and improved upon some of Chautauqua Institution’s favorite traditions. For example, Week One’s primary theme is “America Celebrates,” and its secondary theme is “Friends.”

“Future generations of Chautauquans are with us,” Trapasso said.