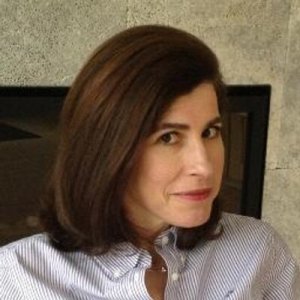 Many people claim to have never read another book after finishing high school or college. For Ann Kowal Smith, executive director of Books@Work, that had to change.

Books@Work brings literature to the workplace as a means of engaging critical thinking and communication among employees.

Smith and a group of panelists will discuss the program with Chautauqua at 3:30 p.m. today in the Hall of Philosophy.

The program was initially piloted with food service workers at AVI Foodsystems in Ohio and professors from Hiram College. Employees who participate in the program are provided with books to read and later discuss with their co-workers and the professors in a seminar-style setting.

“What we discovered was that they loved it,” Smith said.

She said the seminars gave the employees something fresh and engaging to discuss at work, which led to them having more thoughtful questions for the professors and their employers.

The success of the program at AVI inspired an expansion. The program now operates in multiple states and in a variety of different workplaces. One of these workplaces is Chautauqua Institution, which participated in the program last spring with year-round staff.

Smith said interviews with participants were finished recently and the reception was overwhelmingly positive, with most of the participating Institution employees wanting to do it again.

“I think for me what’s the best is seeing someone’s excitement about picking up a book that maybe they wouldn’t have picked up on their own,” Smith said.

Smith said the philosophy of Books@Work fits perfectly with the theme of Week One, which is “21st-Century Literacies: Multiple Ways to Make Sense of the World.”

“If you take a combination and a collective form of reflection and put it into a workplace context, it creates a kind of reflective literacy that’s very powerful not only for the individual that’s participating but also for the organization that sponsors it,” Smith said. “And ultimately, that trickles down to the community.”

Smith said she feels the best part of the program is the reaction that employees have when they realize their perspective is being evaluated — and valued.

“We get these professors that come in, and they’re top-notch professors, from really good schools,” Smith said. “And the participants say, ‘I made a comment, and the professor said they’d never thought of it that way. I feel like a million bucks.’ And who among us doesn’t want an opportunity to feel like a million bucks whenever we can, right? That is very heartwarming for me.”