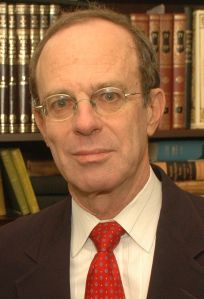 Marc Saperstein is speaking in the middle of the week, but he wants his audience to think about the end — the end of days, that is.

Saperstein will use eschatology, or the study of the end days, to focus his lecture titled “Jews and Judaism: Continuity and Diversity” at 2 p.m. today in the Hall of Philosophy.

“We have a tradition that is some 3,000 years old and materials going back to the Bible, to the rabbinic literature, the medieval thinkers, to modern expressions of Judaism,” Saperstein said. “The interesting general questions is, ‘What are the elements of continuity and diversity there that can be traced over that long period of time?’ ”

While eschatology is an expression of this continuity, because ideas about the end times are expressed in almost all forms of Judaism, Saperstein said it is also an example of diversity because the ideas about what that time will look like vary widely between groups.

“In the Jewish context, and in Christianity as well, [the end of days] is expressed through the idea of the messiah and messianic age, and the doctrine of the resurrection of the dead, and the doctrine of life after death,” Saperstein said. “All of these are very important things in Judaism, but are also very fascinating in the sense that, although there’s almost universal recognition that all of these things are authentically Jewish things, there’s a great deal of diversity and argumentation and variation on specific aspects of these things.”

Saperstein said these expressions of eschatological thought reflect a hope for a future that is better than the past and present.

“The belief is that there will be a fundamental change for the better in the future, despite all the negative things that are happening,” Saperstein said. “That’s the belief, or at least the hope. It’s not always reflected in what we see or the course of events as they are occur, but it’s a hope that all of the religious traditions hold to be very important.”

Sapersteins has spoken at Chautauqua Institution twice before. His first appearance was a series of five lectures in 1988 that produced the 1989 book Moments of Crisis in Jewish-Christian Relations.

“That was a very important experience for me,” Saperstein said.

Saperstein also spoke in 2004 in a lecture that focused on Abraham as a common ancestor between Jews, Christians and Muslims.

In addition to Moments of Crisis, Saperstein is the author of Your Voice Like A Ram’s Horn: Themes and texts in Traditional Jewish Preaching, Exile in Amsterdam: Saul Levi Morteira’s Sermons to a Congregation of “New Jews,” Decoding the Rabbis: A Thirteenth Century Commentary on the Aggadah, and, most recently, Leadership and Conflict: Tensions in Medieval and Early Modern Jewish History and Culture.

Saperstein’s current project is a collection of primary sources on Jewish life in the Christian-dominated world of Medieval and Early Modern Europe.

“It’s intended for students to really encounter not just a scholar who has written about the subject, but the primary sources that form the basis of what scholars claim to know,” Saperstein said.

While many scholars recognize the importance of sermons to Jewish life, Saperstein said very few have focused on them as he does.

“I have made an academic career working on this literature of sermons as a source of the Jewish historical experience and a source of religious culture,” he said. “That is a body of materials that everybody in the field recognizes as important, but very few people have devoted considerable time to study. I’ve had the opportunity of writing a number of actual books and articles based on manuscripts and materials that nobody has written about before. That’s very exciting.”