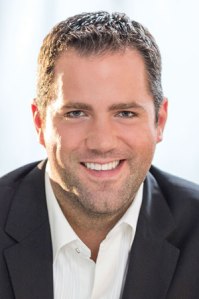 Jonathan Beyer of the Beyer Viola Trio first came to Chautauqua Institution in 2003 as a vocal student from the Chicago College of Performing Arts at Roosevelt University.

Even as he graduated and moved on to professional opera studies at The Curtis Institute of Music in Philadelphia, Beyer spent his summers either studying or in another capacity on the grounds through 2009.

“Just being able to come back here in a professional sense is very special,” said Beyer, who has performed on the Amphitheater stage more than once since finishing his studies. “I’ve come to know the Institution and the people there in an intimate way. It’s my musical home; I feel like I’m returning home.”

Beyer said he figures that most people in attendance won’t be familiar with his trio — a likely assumption considering this is the only concert they’re putting on this summer.

Each member of the trio has his or her own successful career to attend to year round, so it’s a rare occasion that concertgoers get to experience their partnership born out of their time at the Curtis Institute.

But that doesn’t mean the trio is hurting for music to fill its repertoire, Beyer said.

“There is a lot of music available for a trio featuring vocal and instrumental performers,” he said. “There just aren’t many venues available for vocal chamber music; most competitions and festivals only involve woodwind quartets, brass quintets, groups of that nature. Just having the chance to do it is exciting, let alone at Chautauqua.”

An examination of the program for this afternoon’s concert confirms that there is ample variety within the genre.

The performance will begin with “Three Songs for Viola” by English composer Frank Bridge. Next up is “Rêverie en sourdine” by Charles Martin Loeffler, whose music is known for unusual instrument pairings.

After an intermission, the trio will engage in the Chautauqua premiere of “Come up from the fields father” by Richard Danielpour. Literary scholars may recognize the title, as Walt Whitman wrote a poem titled the same.

Finally, the Beyer Viola Trio will end both their concert and the 2014 Logan Series with “Fünf antike Oden” by Germany’s Hermann Reutter, a piece Beyer describes as “obscure, very jazzy, but with a whiff of romantic notion.”

“It’s a repertoire driven by collaborative desires of the group,” he said. “It’s a chance for people to experience the full depth of a genre that feels unfamiliar, yet interesting and beautiful all the same.”