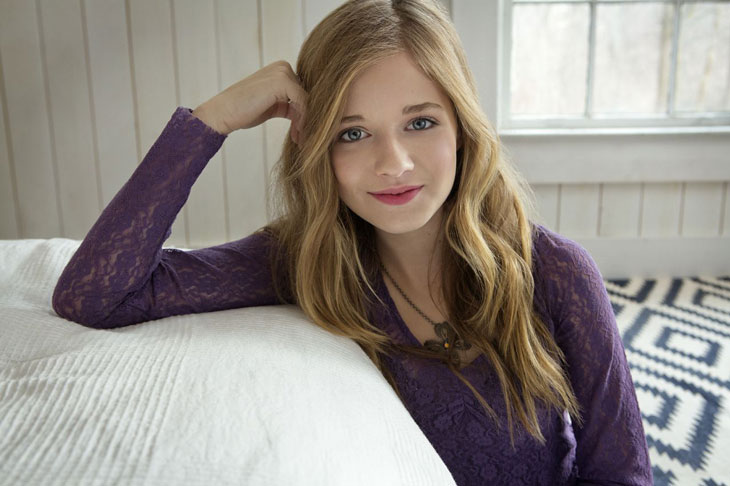 Jackie Evancho has performed all over the world, from Russia to Japan, Las Vegas to Toronto. But she’s never performed at Chautauqua, a mere 160 or so miles from her hometown of Pittsburgh.

That’s about to change.

At 8:15 p.m. tonight in the Amphitheater, the 14-year-old soprano will make her Chautauqua debut, performing with the Chautauqua Symphony Orchestra in “An Evening with Jackie Evancho.”

Evancho first burst onto the national scene in 2010 on the reality show “America’s Got Talent.” She was a runner-up on that competition and, in a sense, she hasn’t stopped running since.

She’s released four albums (three since “America’s Got Talent”), performed for the Obamas and sung before 100,000 people at the St. Petersburg Economic Forum. She has appeared in a PBS “Great Performances” special as well as numerous television shows, and even acted in Robert Redford’s 2013 film “The Company You Keep.” She models, too, and was featured in the Fall 2012 GUESS Kids clothing campaign. A fifth album, Awakening, is set for release this fall.

“My life has changed a lot since ‘America’s Got Talent,’ ” Evancho said. “One of the biggest things that’s changed is that people recognize me and want pictures or autographs. Also, I get to travel all over the world doing what I love.”

When Evancho leaves the Amp stage after her performance tonight, she said she hopes the audience “feels that they experienced everything that they hoped they would.”

“I also hope they see the growth in me since the time I was on the show,” she said.

Evancho was just 10 when she appeared on NBC’s “America’s Got Talent,” where she performed pieces likes the aria “O mio babbino caro” from Puccini’s Gianni Schicchi,  “Pie Jesu” from Andrew Lloyd Webber’s Requiem and “Time to Say Goodbye” — a song famously performed by Andrea Bocelli and Sarah Brightman. While Evancho was on the show, she also performed the song with Brightman.

Known for her classical performances, Evancho said she listens to a variety of music — classical to relax, or “top 40 or electronic dance music” if she’s with family or friends.

“I think that I’m still very much normal, but with an extra layer added to normal,” she said. “When I’m not performing or recording, I still do what normal kids do.”

Evancho said she still gets nervous before performing, but “nerves are a good thing,” because “I feel that the nerves are showing me how much I want to give my audience a great show.”

When she performs, Evancho said, she tries to have a conversation with her audience. But sometimes, “I get so caught up in my music it’s like the music takes me over.”

“Music is a very important thing in my life,” she said. “Beside it being my passion where I’m fortunate to share it with everyone, I’ve grown up with music. Music is everywhere.”

This is Sara Toth’s second summer as Daily assistant editor — the best job in the world (second-best is her off-season job as lecture and literary arts associate). A Gannon University alum, she interned at the Daily for three summers before spending nearly four years reporting for the Baltimore Sun Media Group. She lives in the newsroom and makes a mean pot of coffee.