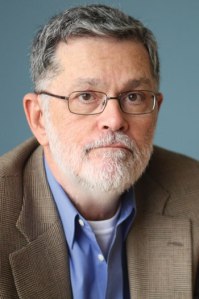 “The Roosevelts” claims to be a documentary that history buffs everywhere have never seen before. It boasts of approaching the family of American royalty with a lens more candid, more profound and more intimate than any preceding works have dared adopt.

At 10:45 a.m. today in the Amphitheater, director Ken Burns and writer Geoffrey C. Ward plan to delve into a deeper dialogue about “The Roosevelts: An Intimate History.” Picking up where they left off in Thursday’s lecture, Burns and Ward will bring the Roosevelts to life, bypassing the idyllic veneer with which many historians gloss their lives and instead approaching them as fundamental human beings.

“The Roosevelts” marks almost 32 years of collaboration between Burns and Ward. The pair first met when Burns was working on a film called “Huey Long,” and, after Ward gave him some feedback on the project, Burns asked him if he’d like to try writing a film. They’ve been collaborating ever since.

“The key thing about collaborating is just the sheer joy of doing it,” Ward said. “And we just sort of hit it off personally.”

While researching for “The Roosevelts,” it was the pair’s decision to approach their work with a unique attitude — one that was grounded in humanism and realism — that ultimately allowed them to get so close to the Roosevelts. By taking off their rose-colored glasses and viewing the family not as untouchable celebrities or infallible historical powerhouses, Burns and Ward were able to see them simply as people.

“I think there’s two things,” Ward said, speaking about what makes “The Roosevelts” different from any other documentary about the family. “One is that we got closer to them than anybody else. The other is we treat them as they should have always been treated: as one family, with all the strengths and weaknesses and problems that anybody’s family has. They’re compelling because they’re great historical figures, but they’re also compelling because they’re human beings — each of them who conquered the kinds of problems that afflict everybody.” 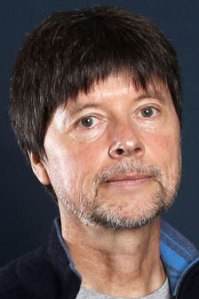 These afflictions are crucial to understanding the Roosevelt family, Ward said. Theodore Roosevelt struggled with depression and asthma, Eleanor Roosevelt had a terrible childhood, and Franklin Roosevelt was famously crippled by polio.

“All three of them surmounted that, and none of them let those drawbacks, those handicaps, stop them from doing what they wanted to do,” Ward said. “We should all be grateful.”

Burns also thought that addressing adversity was an important aspect of the documentary; the exposé of family challenges is, he said, is a component in the study of character and leader development.

“What it isn’t, is tabloid,” Burns said. “What it is, is understanding who they were. How does adversity in childhood, or later in life, which all three of these people experienced, influence their character and their ability to lead?”

As far as the relevance of studying a bygone family in our modern era, both Burns and Ward think that the Roosevelt legacy remains pertinent in today’s society.

“I think history is terribly important,” Ward said. “These people helped create the modern American state, and that’s worth understanding, I think.”

Burns added that the Roosevelts remain current simply because of the issues they faced and the questions they raised.

“The Roosevelts” will attempt to take an in-depth look at these questions and, through investigation of the Roosevelt family, potentially allow some answers to surface. The documentary series will air on PBS this fall for a full week, from Sept. 14 to Sept. 20. Burns said that their Chautauqua lectures will follow the series chronologically: whereas the first three episodes were addressed in Thursday’s lecture, today’s discussion will focus on the final four.

“PBS is going to be showing it in an unprecedented fashion, taking up an entire prime time,” Burns said. “So we’re very, very excited about that, and it gives us the chance in Chautauqua to share and just continue the conversation on ‘The Roosevelts.’ ”