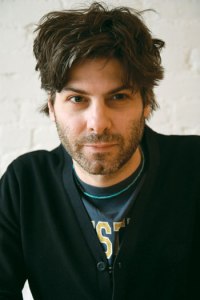 Passion, love and pain are common themes for an opera.

Some motifs lend themselves to expectation, like a quest to fight evil, or the protagonist discovering his or her true self. But tonight, students of the Voice Program will give audiences an unforgettable and unexpected opera.

Though love is at the heart of tonight’s plot, audiences will rest on the edge of their seats as they explore the agony of a love unrequited.

Written in 1774 by Johann Wolfgang von Goethe, Werther is the story of a young man tormented by the love he cannot have. This evening, audiences will have the opportunity to sift through the feelings of love, death and atonement in an opera that vocalist Jean-Michel Richer said personifies the essence of human nature.

“There are thousands upon thousand of families and couples that have had the feeling of ‘My heart is somewhere else from my head and my values are conflicting together and creating this gap in my life,’ ” Richer said. “Everybody goes through that in their life — not only young people, or those who are foolish and naïve. Everybody goes through this and it makes you think. That’s the beauty of Werther.”

Giampietro said that he is excited to share Werther with audiences, especially since it is an opera that is not often performed.

Though tonight is the premiere, audiences will have two more opportunities to view Werther, but with a twist: each performance will feature a different cast.

“Having three casts is a challenge, but all of the students are doing great,” Giampietro said. “They all bring something different to the role. They bring aspects of their personality. We don’t try to shove them into one specific idea of Werther. I’m sensitive to their own  interpretation and what they bring.”

Though practices have been long, Richer said his personal connection to Werther motivates him to perform his best.

“It’s special for me being that [Werther] is in French and I am francophone,” Richer said. “I want to make the best of it. It’s a great challenge, and with great challenges you grow towards greatness.”

With chances to see the students of the Voice Program showcase their talents this evening, Thursday and Friday, Giampietro said that he is also excited to see the growth and learning that comes from the students being on stage.

“What excites me most is to be able to work with young people and begin to develop them right when they’re at the beginning or middle of their training, before [they] go off,” Giampietro said. “Acting is not just a series of mechanical things that you do; it’s that plus experience [and] awareness of the world that comes together to form expression.”

Proceeds from this evening’s performance will benefit the Chautauqua Women’s Club Scholarship Fund.