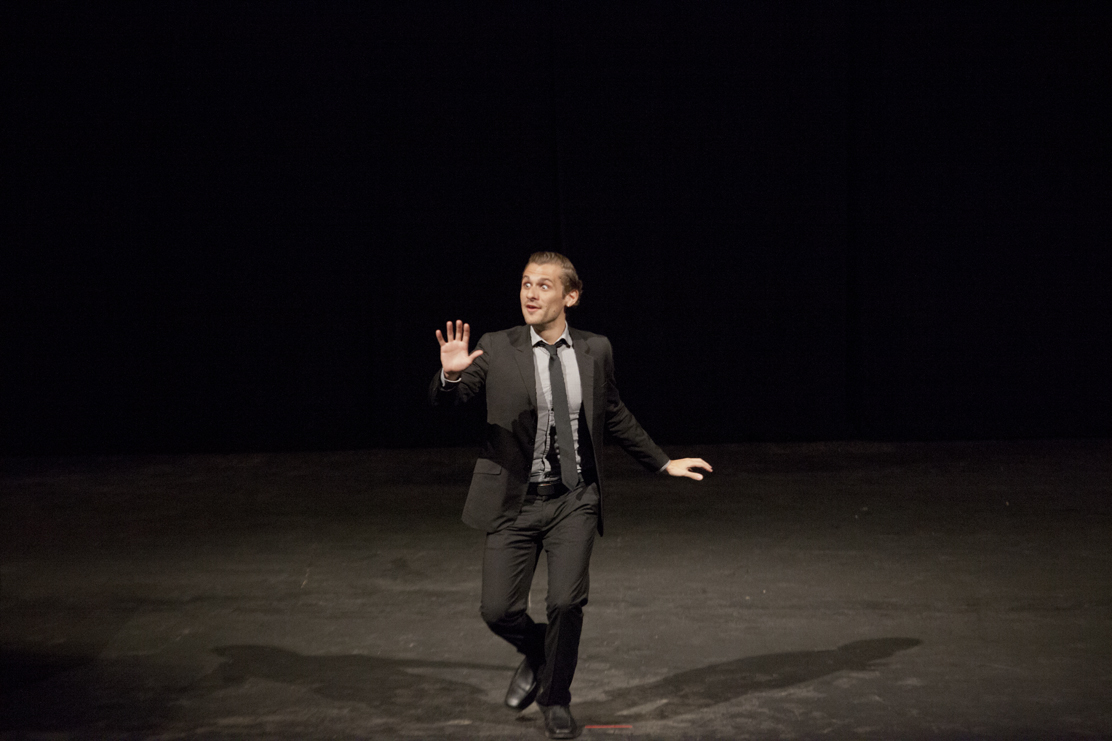 Matt Burkhartt | Staff Photographer
Chautauqua Opera Young Artist Brian James Myer performs at Norton Hall during the pre-season Sing-In. The baritone will perform with two of his colleagues at today’s Artsongs recital at 4:15 p.m. in the Hall of Christ.

It’s a fact that opera singers need to know more than how to sing bel canto and recitatives — they also must master a range of character roles, linguistic flavors and historical tastes.

At 4:15 p.m. today in the Hall of Christ, Huh and other members of the Young Artist program will perform in an Artsongs recital with works that not only vary greatly in style and era, but also in character. This breadth, for them, is just something normal.

For Huh, what was natural wasn’t always opera. As a teenager, Huh started out singing pop, which he’d practice at his father’s karaoke place in downtown Manhattan. After enrolling in The Juilliard School, Huh entered a serious classical musical environment he soon grew into — a style he’d adopt. The melodies he sings now aren’t entirely separate from those he sang as a kid.

“[They] come from a more soulful place,” he said. “It’s a more organic experience. It comes naturally.”

The same is true, he said, for the melodies of Italian composer Paolo Tosti, which Huh will be singing this afternoon. Songs like Tosti’s “L’ultimo bacio” and “Non t’amo più” have “sentimentality” and are “heartfelt,” Huh said, which may explain their popularity in 19th-century English salons and drawing rooms. It’s a contrast, he said, from the more-so-intellectual Beethoven — “An die ferne Geliebte” — that will accompany it.

“[Tosti] is more simple — more about the music,” he said in comparison.

Complementing Huh’s Beethoven will be music by Claude Debussy, sung by baritone Brian James Myer. Performing “Cinq Poèmes de Baudelaire,” Myer, a speaker of French and an aficionado of the country’s music, is piqued by Debussy’s intellect and meticulousness in composition. Just like the poet Charles Baudelaire, Debussy’s music, Myer said, is not “straightforward.” Both were composed with a high sense of what art was in the Romantic’s eye.

“He can be sort of abstract sometimes,” Myer said. “But I love this kind of challenge.”

And so does Rick Hoffenberg, who will be accompanying Myer and the rest of the performers. Although “accompanist” is “one of the many hats” Hoffenberg wears at the Chautauqua Opera Company — he’s primarily the company scheduler — he said it’s his interaction with students and Young Artists from the piano bench that he likes the most, especially when performing the music of the Romantic greats.

“They knew how to write for the pianist,” he said. “And it’s a real pleasure to play.”

Elizabeth Tredent, mezzo-soprano, was originally planning on fixing failing hearts as a doctor, rather than singing about broken ones. Now that she’s been in several opera productions, including Giuseppe Verdi’s Il trovatore, she’s decided that her musical self can serve people as much as a doctor could, albeit through a different manner of therapy.

“It’s the most selfless thing I can do,” she said.

Playing off her past, Tredent will be singing what is often forgotten by fans of Verdi’s grand operas. The song “Ad una stella,” Tredent said, is “transcendent” and carries the ambience of his larger-than-life compositions, but in a smaller manner. But her real spectacle comes with Robert Schumann’s “Frauenliebe und leben,” a song cycle, Tredent said, that packs about a “day’s worth” of emotion — although lacking a little bit of liebe.

“I would think there would be more [about love],” she said about the cycle. “I mean, what is life without love? It’s why we live.”

Running the gamut together, the Young Artists will also be performing contemporary songs, ranging from Myer’s rendition of Jake Heggie’s piece about the loss of his partner — “She called him Curt” — to Tredent’s version of late composer Kevin Oldham’s “Not Even If I Try.” With a variety of song styles, mixed with the range of emotions, Tredent and her fellow singers hope to not miss anything.

“Hopefully we will have enough variety to please everyone,” Hoffenberg said.