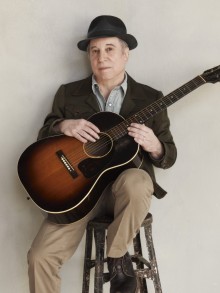 This marks Collins’ fourth visit to the Institution. He noted that whenever he comes to Chautauqua, it seems to involve some time-travel to a simpler, more thoughtful time. He described the place’s origins as very philosophical, which perhaps explains why so many people on the grounds are buzzing about the chance to spend their Friday nights watching a conversation between a poet and a musician.

At 8:15 p.m. tonight in the Amphitheater, Collins will conduct a conversation with popular musician Paul Simon. Collins describes the show as “70 percent Paul and 30 percent me.” The event is not planned as a concert, but Collins thinks they may cap the evening with a small musical performance and a little poetry reading. He said they like to keep their plans loose, though, so anything could happen. They will mainly discuss how Simon writes his music, analyze their musical and literary influences and dissect the process of composition.

“Paul’s rather unique in his ability to step back from the music and be a musical critic,” Collins said. “Also, he’s a very charming fellow. Talking about yourself can lead to immodesty, but he talks in such a cool way.”

The two men met in the early 2000s at a fundraising event for PEN International, an organization working to promote freedom of expression. Every table at the fundraiser had a writer as its host; Simon sat at the table Collins was hosting. The two hit it off so well that when the 92nd Street Y cultural center in New York City asked Collins to participate in an interview event, he chose Simon as the person he would most like to interview. 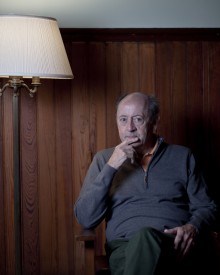 Since then, Collins and Simon have interviewed each other several times. For their next event, they will travel to Emory University, where Simon was invited to participate in the Richard Ellmann Lectures in Modern Literature this fall.

The two stick to an unrehearsed format that makes their interaction more of a chat between good friends than a hardline interview. As tonight’s event progresses in the Amphitheater, Simon will play a few bars from some of his most popular songs to illustrate the creative issues he worked through to get to the finished product, and the duo usually takes questions from the audience toward the end of their discussions. Collins likes to answer questions about specific poems and finds it interesting to hear Simon’s answers about specific songs.

“The smaller the question, the better,” Collins said.