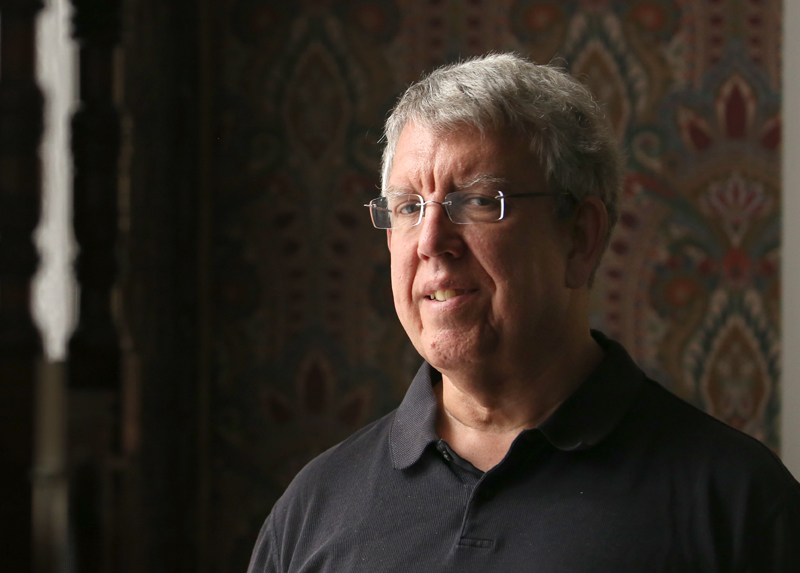 It was 1979, and Charles Skinner, during his first year working in the U.S. Embassy in Jamaica, was visiting an American prisoner in a 200-year-old colonial British fortress.

His duty was to report back to the U.S. government on prisoner treatment in Jamaica. Fortunately, he said, they were being treated well — or at least as well as one can expect to be treated in prison.

Along with visiting American prisoners, Skinner’s other duties as a consul included interviewing individuals and families for green cards and visitor visas from the United States.

Was it difficult to turn people away from beginning a new life in America?

Next was an assignment to Belgrade, Yugoslavia, (now Serbia) where Skinner served as a political officer for the foreign service in a country that had just witnessed the death of its leader, Josip Broz Tito.

“People were concerned about whether the country was going to break up, or whether it was going into civil war,” Skinner said, “and we had our ears to the ground to see what was happening.”

As a political officer, he reported back to Washington, D.C., about what was happening in Yugoslavia’s political system.

“You couldn’t read in the newspapers about what was happening,” Skinner said. “You had to talk to people. You had to read between the lines. You had to get some sense of the tensions in the country.”

Especially concerning to Skinner and his wife, Kitty, was the recent Iran hostage crisis, in which a group of Americans were held hostage at the U.S. Embassy in Tehran, Iran, for 444 days. Skinner and his wife worried that similar takeovers may happen in other countries.

Adding to their concerns, the Turkish ambassador to Yugoslavia was assassinated at the playground where the couple’s daughter used to play.

“Being a diplomat is dangerous,” Skinner said. “Diplomats essentially depend on their host country for security.”

But his most dangerous assignment might have been in the capital of the United States. After spending three years at the U.S. Consulate in Germany, Skinner became the desk officer for East Germany at the U.S. Department of State in Washington, D.C. Here, Skinner regularly interacted with diplomats from the East German Embassy — many of whom were former or current KGB officers.

“We were operating in a different environment that we were very concerned about,” Skinner said. “The East German Embassy in Washington was spying on us, yet they were still trying to conduct official business through the embassy.”

Perhaps most influential of Skinner’s assignments was his time spent at the Berlin desk, where he directed the efforts of tearing down the Berlin Wall and the subsequent reunification of Germany.

It was 1989, and “tensions were clearly building,” Skinner said. “[Mikhail] Gorbachev had visited East Germany on its 40th anniversary and warned Erich Honecker [the East German leader] that he needed to ‘keep up with history.’ And within a few weeks, Honecker was removed … because of rising tensions and protests in Leipzig [Germany] and Berlin.”

Skinner and others in the State Department were trying to negotiate arms control, while the West Germans were attempting to move East Germans who were under the communist regime across the border. When Honecker was removed by the orders of Gorbachev and many of his own colleagues, Skinner had to decide what to do.

“In essence, we kind of ‘midwifed’ German unification,” he said. “We set up this process and consulted with the West Germans and our British and French allies, and then worked on the Two Plus Four negotiation.”

Two Plus Four was the agreement that created a singular, sovereign Germany and rid the country of the four powers: the U.S., France, the United Kingdom and the Soviet Union.

Skinner said he is proud to have been a part of those negotiations, which he said prove that diplomacy can be a safe and effective route to end conflict.

“The use of military force should be your last resort,” he said. “And you need to try to talk and reach an agreement on all the issues you can.”

The foreign service, Skinner believes, has been a mostly noncontroversial and nonconfrontational aspect of American government. But that changed after the wars in Afghanistan and Iraq and after the attack on the U.S. outpost in Benghazi, Libya.

“We do have a certain security that other countries don’t have,” Skinner said, “but our polarization in politics has spilled over into foreign policy in a way that is unhealthy.”

One of the ways to remedy this division is through education on world affairs, and having a week at Chautauqua dedicated to diplomacy is doing just that, Skinner said.

“I do think we live in a global village, and places like Chautauqua are on the cutting edge of global dialogue,” Skinner said. “Part of the difficulty that we often have is that we just don’t understand each other, and Chautauqua offers the sort of quintessential American way of appreciating each others’ points of view.”