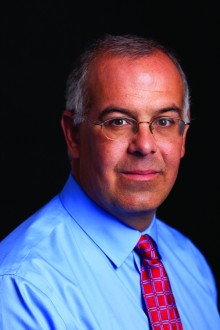 In the age of the digital shelf life, some writers may find themselves paralyzed by the fact that their work will live on long after they are gone. With enough time, opinions formed in a moment of revelation will either be vindicated by history or nullified by it.

In nine years as a columnist for The New York Times, David Brooks — who will lecture at 10:45 a.m. today in the Amphitheater — admits that he has been wrong more than once.

“The French meaning of the word ‘essay’ is ‘to try,’ ’’ Brooks said. “Sometimes you think that you are sending out a little ‘try,’ an attempt, out into the world. It may be a failure, but you are just giving it a shot. If you adopt that attitude, then you can continue to write, even though you know that you can be proven completely wrong.”

Brooks said an “obvious” misstep was his support of the Iraq War.

He has been proven right, too. Just days after then-Senator Barack Obama’s book The Audacity of Hope was published, Brooks opened an op-ed with this sentence: “Barack Obama should run for president.”

“I guess I was sort of right about that,” Brooks said with a laugh.

As someone who pays the bills by expressing his opinions, Brooks believes that doing research is the best way to combat cynicism in political discourse.

“The simplest thing is just to read,” Brooks said. “Spend a lot of time reading the people who disagree with you, and find the smart people on the other side and make sure you read them. You want to understand that on most big issues it is a competition of half-truths.”

Brooks has been at odds with both sides of the political spectrum. As a right-leaning columnist, his April 2013 piece advocating gay marriage brought him into direct opposition with social conservatives (even though the piece was defending marriage as a social institution). His support of the Iraq War put him in opposition with many liberal readers who had come to see him as a reasonable voice in a sea of right-wing journalists.

“I will touch on the moral culture — the ways in which our culture encourages us to be anti-community, individualistic, a little selfish and superficial,” Brooks said, “and how we can combat that.”

Brooks thinks that the way in which communities are physically constructed may have something to do with the shifting priorities of Americans.

“A lot of us, including me, for awhile, went a little too far into the ‘house with the big yard,’ ” Brooks said, “and as a result, sort of lost touch with what we want out of life — which is community and friendships.”

This is Brooks’ second trip to Chautauqua Institution — a place that surprised him on his first visit in 2011.

“The history of [Chautauqua] was uppermost on my mind,” he said. “I was stunned by it. … I thought it was just a tent with a town around it. I had no idea how densely populated it was, how many family homes were crammed in there.”