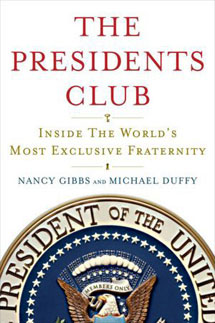 During the late 1960s, Michael Duffy and his Nebraska-born, Congregationalist mother were driving to Ohio from somewhere in the northeast, and they stopped by the Chautauqua Institution.

“I recall peering through a fence as if at the Promised Land,” Duffy said. “I’m hoping to get a little closer to the action on this trip.”

Duffy and co-writer Nancy Gibbs will present their book, The Presidents Club: Inside the World’s Most Exclusive Fraternity, the Chautauqua Literary and Scientific Circle selection for Week Nine, at 3:30 p.m. today in the Hall of Philosophy.

Gibbs introduced the week with an address Monday in the Amphitheater — the morning lecture theme for this week is “The Presidents Club” — and the two authors will finish out the week and 2012 Season Friday on the Amp stage.

The authors are both editors of Time, and this is their second collaboration on a book about presidents. They published The Preacher and the Presidents: Billy Graham in the White House in 2007. The Presidents Club, which was released earlier this year, is a New York Times best-seller.

“The research is great fun, but the interviews are challenging, and there are certain traps that are easy to fall into when writing about these much chronicled men,” Gibbs said.

The Presidents Club opens with the club’s formation Jan. 20, 1953, and it follows the complex and always-interesting relationships between the man in the Oval Office and his predecessors. 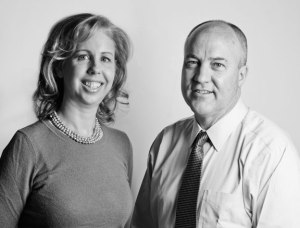 “When you think about it, they are the only men who have held that kind of office, that kind of power,” said Sherra Babcock, the director of the Department of Education. “We can have lot of ideas about what they can do, but they have all that information.”

Babcock, who has been working to make Gibbs and Duffy’s book a CLSC selection and week theme for four years, is thrilled with the book, which she said is “fascinating on a historical and biographical sense.”

“It delivers all this history, biography and social science in politics in a friendly, well-written tone,” Babcock said. “Like Time magazine, you can enjoy The Presidents Club as a series of historical articles written by journalists who know how to write and who are storytellers.”

Working for Time taught both authors to be ruthless about anything extraneous, cluttered or vague, Duffy said, so they tend to agree on edits, and they have their writing process down to an art.

“Much as we did with the Billy Graham book, Nancy wrote the first half, I wrote the second, and then we passed versions back and forth,” Duffy said. “I wouldn’t recommend this as a rule, but it works for us. “

During the lecture, they will talk about the difficulties in pinning down the presidents, whether in documents or in person, Duffy said, and what presidents were doing and thinking while in power — which doesn’t get easier when they leave office.

“The book reveals our presidents to be human, fallible, imperfect and sometimes selfish creatures,” Duffy said, “but they are also inspirational, and visionary and vital to our future as a nation.”