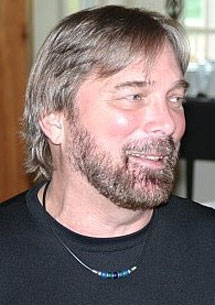 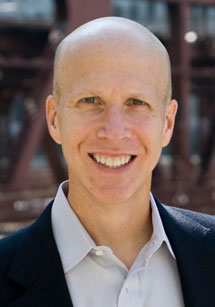 On a long drive to the grocery store, Greg Donovan and his adopted mother were discussing the “unforgettable” day he discovered he was adopted.

They both talked about the time, place and other details of what happened — but one’s accounts disagreed with almost every detail in the other’s, resulting in two completely different stories.

“You could say my mother and I are great liars, and we are, probably, but what really happened was that we altered the memory to fit our own emotional needs,” Donovan said.

Donovan, who is the poet-in-residence for Week Six, encourages imaginative poetry, because informing and intriguing readers is just as important as clarity.

“We are not just mechanical cameras recording things,” he said. “We are imaginative, feeling human beings who are going to have a whole range of responses to anything we read or experience, so that should all be a part of the process of making a poem.”

Fortunately, he said, that means all the great poems of the world have not already been written, and we do not have to give up writing because of other great authors — we all absorb details and learn differently.

His weeklong workshop “Is It Memory or Just My Imagination?” will guide attendees to consider the relationship between memory and imagination, and he will give advice he wishes he had when he first started writing.

“I actually want to give writers the freedom to realize any materials they deal with, their imaginations are free to go to work on that material and by doing that, by using their imaginations, they may actually arrive at deeper truths than just memory alone can give you,” he said.

Donovan, who created the online literary journal Blackbird more than a decade ago, will lead a Brown Bag lecture, “Quantum Leaps: The Growth of Blackbird and Other Online Journals,” at 12:15 p.m. Tuesday on the Alumni Hall porch.

His presentation fits into the morning lecture platform theme of “Digital Identity,” and so will prose writer-in-residence Jonathan Eig’s Brown Bag lecture, “Googling Your Way to Good Writing,” at 12:15 p.m. Friday on the Alumni Hall porch.

Eig, who co-founded ChicagoSideSports.com, is visiting Chautauqua for the third time and hopes to help Chautauquans work on their characters in his weeklong writing workshop, “Bringing Characters to Life.”

“A lot people think character is for fiction, but it’s not — even a memoir has to create a character,” said Clara Silverstein, director of the Writers’ Center. “I think he’ll have an interesting take on it.”

His writing has been featured in The New York Times, Esquire and The Washington Post, and he has published three nonfiction books: Luckiest Man: The Life and Death of Lou Gehrig; Opening Day: The Story of Jackie Robinson’s First Season; and Get Capone: The Secret Plot that Captured America’s Most Wanted Gangster.

Eig, who has also written for The Wall Street Journal, said workshop attendees will do writing exercises — he is not a college professor, so he doesn’t want to lecture.

“I’ll try to make it as interactive as possible and give a lot of people a lot of fun, hands-on lessons in how to make their writing more vivid by creating characters who feel real and leap off the page in a way you can comprehend them,” Eig said.