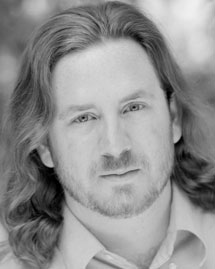 With their first opera production behind them, Chautauqua Opera Company’s Young Artists explore German cabaret and Neopolitan songs this week in the “Artsongs in the Afternoon” series.

At 4 p.m. today in the Hall of Christ, soprano Kelley Hollis, mezzo-soprano Kaitlin Bertenshaw, and tenor Christopher Hutchinson open their performance together with Bellini’s “Angiol di pace” from Beatrice di Tenda. The vocalists each will sing two solo sets, finishing the afternoon with a surprise ensemble piece that pertains to Chautauqua. Pianist Rick Hoffenberg collaborates with the singers.

Though Lucia di Lammermoor is over, the subject of young women meeting a violent end remains in Hollis’ first set. Libby Larsen’s 2001 Try me, Good King: Last Words of the Wives of Henry VIII illustrates the final moments for each of the tyrant’s wives. Hollis will sing “Anne Boleyn,” whose beheading is legendary, “Jane Seymour,” who died through childbirth complications, and “Katherine Howard,” who was “a silly little girl who made little-girl mistakes and got punished as an adult for them,” Hollis said.

For Hollis, singing new music is a priority because she enjoys presenting art the audience probably doesn’t know.

“I try to mimic the first time I heard the songs for the audience,” Hollis said. “They’re like nothing you’ve ever really heard.”

Hollis completed her graduate degree this spring at Northwestern University, where she met and worked with Jay Lesenger, Chautauqua Opera’s artistic and general director.

For her second set, Hollis will sing selections from Schoenberg’s Brettl-Lieder, providing a different look at German cabaret music.

“You think of Schoenberg and you think of craziness,” Hollis said, “but it’s a lot more melodic and fun than you’d expect from him.”

Bertenshaw will also present cabaret music, though her selections reflect a darker side of the genre. Written by Kurt Weill, three melancholy songs depict life on the cusp of World War II. “Youkali” speaks of an island filled with pleasure, happiness, fairies and joy, but the singer discovers that no such place exists. The second song, “Und was bekam des Soldaten Weib?” or “And what became of the Soldier’s Wife?” catalogues the gifts a woman receives from her husband as he travels Europe in the militia. From Prague, she receives high-heeled shoes; from Oslo, a fur; from Amsterdam, a Dutch hat; and from Russia, a widow’s veil.

“These have sparse, crunchy chords and have a march feel,” Bertenshaw said. “Kurt Weill’s music sound like cabaret, but it’s deceivingly difficult.”

The set ends with a glimmer of hope in “Berlin im Licht,” a song about joyous, lit Berlin during a festival.

Bertenshaw will also sing three Samuel Barber songs, “A Nun Takes the Veil,” “Sure on This Shining Night” and “Nocturne.” The first two songs play with the concept of solitude — a recurring theme in Barber’s music. The third looks forward to an eternal night of calm.

“I think the nocturne is one of his most brilliant pieces,” Bertenshaw said. “He takes the same theme and he inverts it, uses it in different ways, and it keeps popping up all over the music. But it doesn’t stick out, it’s part of this woven thread, so it’s gorgeous.”

For something a little more traditional, look to Hutchinson. He opens his solo repertoire with two Schubert songs, “Liebesbotschaft,” and “Ständchen.” In “Liebesbotschaft,” Schubert employs one of his most familiar motives — that of water — to carry a message of love.

Rossini’s “La Danza” is “a lot of words, a lot of personality; it really shows off the voice — spitfire the whole time,” Hutchinson said.

“Tosti’s song is everything you want from an Italian song,” Hutchinson said. “It’s romantic and voluptuous, and it has these long lines and high notes — it’s great. It’s a fantastic song.”

Hutchinson and Bertenshaw are pleased to share the stage again. Both attended Chautauqua last summer, and both attended the University of Arizona for their undergraduate degrees.

“If it’s possible, we’re even more closely knit than last year,” Bertenshaw said of the young artists. “It inspires me to hear what these people I’m getting to know as human beings — what they can do, what their talents are and what they have to say. It’s so nice and refreshing to hear them as artists, especially with songs that I know. Their fresh outlook on it is invigorating.”