This week’s Artsongs recital, held at 4 p.m. today in Elizabeth S. Lenna Hall, will feature songs of famous Russian composers, as well as those of Benjamin Britten, a legendary 20th century British composer. 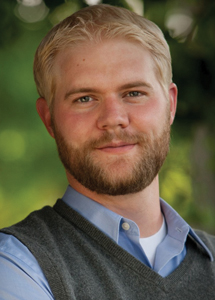 The afternoon will begin with Sorenson singing three songs of Pyotr Ilyich Tchaikovsky: “At the Ball,” “Don Juan’s Serenade” and “None But the Lonely Heart.”

Of these pieces, Sorensen said, “They are very romantic, as Tchaikovsky is known to be. They’re all about longing for love.”

She said, “It’s much lighter than the other Russian songs will be. It’s gorgeous. It will supply some nice contrast and balance for the recital.”

Next on the program, King will sing four selections by Sergei Rachmaninoff. Translated from Russian, the language in which King will be singing them, their titles are “Oh, Never Sing To me Again,” “How Fair This Spot,” “The Harvest of Sorrow” and “Spring Waters.”

King said of these songs, “These are some of my favorite music that I’ve ever sung. (Rachmaninoff) has a way of expressing that I really relate to. It’s some of the most beautiful music I’ve ever heard.”

King will then sing two pieces of Benjamin Britten, as the program moves away from Russia to the British composing giant. She will sing “At the Round Earth’s Imagined Corners” and “O Might Those Sighes and Teares.”

These pieces, King said, are focused on the lyrics.

“The Britten songs are all about the text,” she said. “You can tell the words came first.”

Sorensen again will take the stage to sing two more songs of Britten: “The Poison Tree” and “Avenging and Bright.”

“The two are very different from each other,” he said. “One is very folk-like, and the other is more traditionally Britten-like.”

“They’re really fantastic,” she said. “You can really hear Britten’s wit in the music. It’s been very entertaining for me to work on these songs because they tell a story, and that’s one of the things I love about performing.”

The afternoon will close with a trio featuring all three singers: “Sound the Trumpet,” which is a Britten arrangement of Henry Purcell.

Sorensen got his start in voice relatively late, after he began college. The opera director at the University of Utah, where he completed his undergraduate work, heard him singing in an a cappella quartet and asked him to join the voice program. He then completed his master’s degree from the University of Minnesota and now is in the middle of a professional certificate program at the Boston University Opera Institute.

He said his Chautauqua experience has exceeded his expectations.

“It’s better than what I expected, and what I expected was a great place,” Sorensen said. “There’s a lot of work, but we have time to relax, and the scenery is just unbeatable.”

Miller, a Wisconsin native, earned her undergraduate degree from the University of Michigan and a graduate degree at the Boston Conservatory. After Chautauqua, she will be returning to Boston for more post-graduate education.

She said it’s an honor to be at Chautauqua.

“It’s one of those programs that everyone knows about,” Miller said. “It’s very well known in the arts world. I’ve had an amazing time. The fact that we can partake in all these events is fantastic and very culturally stimulating.”

King said Chautauqua is a good mix of work and play.