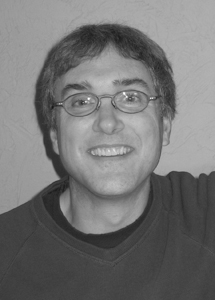 It can open the imagination, expand our feelings and even make us better people, he said.

Once these obstacles are surpassed, art is a tremendous tool for change, MacLean said.

He will discuss the idea in his lecture “Fiction: Empathy’s Best Hope?” at 12:15 p.m. today at the Literary Arts Center at Alumni Hall.

MacLean said he takes inspiration from the English writer Ian McEwan, who wrote shortly after 9/11 that “imagining what it is like to be someone other than yourself is at the core of our humanity. It is the essence of compassion, and it is the beginning of morality.”

It is an idea supported by recent scientific studies, MacLean said, that relate the imagining of others’ pain and pleasure to conceptions of empathy. C. S. Lewis had a similar idea, as did 15th-century Carmelite philosophers and the contemporary novelist Tim O’Brien, all of whom MacLean said he will discuss in his lecture.

When an observer or reader enters into a work of fiction, or any other piece of art, a process of imagination begins. The reader is placed in the role of someone other than himself, which is the crucial first step in understanding the feelings of others, MacLean said.

By then walking in a character’s shoes — for a few minutes, an hour, or the length of a novel — the reader is confronted with his fundamental relationship to others. The result, MacLean said, is empathy.

“Bookworms, people that expose themselves to the arts on a regular basis, are more inclined to be empathetic because they have a better understanding and therefore better appreciation of difference,” he said.

Granted, some literature and art don’t quite measure up to producing empathy.

“I’m talking here about something that has intention as opposed to just artistic junk food,” MacLean said. “I eat junk food, but a steady diet of it — not so great.”

MacLean has worked with Grub Street, a non-profit writing center in Boston, Mass., for seven years — a post that embodies MacLean’s philosophy of the goodness of art. He served a stint as executive director and has been teaching for the past five years.

Grub Street hosts creative writing classes in fiction, nonfiction, poetry and screenwriting, and the center also takes an active role in community service. One summer program invites a group of teenage writers to their classes and pays them a stipend to encourage them to take their writing more seriously.

Another program is the “Memoir Project,” which works with senior citizens from Boston neighborhoods to record their memories and stories. Grub Street then puts them into a book and audio archive at Boston’s City Hall.

MacLean has written a novel called Blue Winnetka Skies and the more recent short story collection, Why the Long Face?  His work has appeared in Other Voices, Drunken Boat, Fiction International and GQ. He is a multiple Pushcart Prize nominee and a winner of the Frederick Exley Award for Short Fiction.