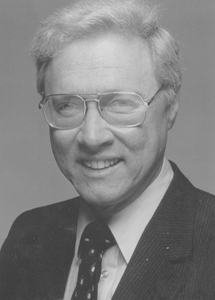 A pianist could play “Claire de Lune” today, and Claude Debussy would never hear it. An orchestra could play the “New World Symphony” next weekend, and Antonin Dvořák could never tell them what it was like to see buffalos roaming the prairies.

When a musician can collaborate with a composer, it is a rare opportunity to deconstruct the imagination of a creative mind that was compelled to create a work of art.

That is exactly the opportunity soprano Kirsten MacKinnon had when she prepared the song cycle “Journey” for a free voice concert at 7:30 p.m. tonight in McKnight Hall.

This past week, MacKinnon rehearsed with David Eddleman, the composer of “Journey” as well as more than 600 other published works. “Journey” was inspired by a collection of the composer’s favorite poems and set to music in a way that tells the story of a woman’s journey through life.

“I heard music when I read those poems,” Eddleman said.

The collection includes poetry from some of Eddleman’s close friends as well as Emily Dickinson and Christina Rossetti.

MacKinnon, who is about to begin her senior year at the Curtis Institute of Music, said she enjoyed working with Eddleman because he was so open to her ideas about the songs. The music became a discussion; while Eddleman had his own thoughts about what his music meant, he enjoyed listening to MacKinnon’s insights, she said.

“(Eddleman) had specific ideas himself,” MacKinnon said, “but he was open to different interpretations. I could bounce ideas off him and make something new.”

Eddleman began his composing career by writing songs for children. He said he was most attracted to writing music for voice because he was a singer once himself and believes that the cooperation between singer and composer is an integral part of making music.

“I like singers who think about the words,” Eddleman said, “and are very conscious of delivering those words. If that’s what (the music) means to them, they should sing it that way. The performer is a co-creator.”

The composer said that writing music for opera singers or choruses is much the same as composing songs for kids. It’s a simple motto: Write interesting things that musicians enjoy performing. Eddleman said his motto proved true with “Bidi Bom,” which sold more than 300,000 copies.

“I live in two worlds,” Eddleman said, “I live in the commercial world, and I live in a world of art. Those worlds fund each other.”

Also performing a song cycle at today’s concert will be Jonathan Harris. He will take a step away from MacKinnon’s contemporary song cycle to perform Francis Poulenc’s “Le Bestiaire,” a series of songs about animals like a crawfish, grasshopper, dophin and Tibetan goat.

Harris majored in theater at Brown University and works for zocdoc.com.

Harris said he is looking forward to testing his vocal skills with more contemporary music but wants to learn as much music as he can fit into a summer.

“I like being exposed to as much literature as I possibly can in a couple months,” he said.

Tonight’s concert will demonstrate two different singers’ approaches to contemporary music and will show just how much of an influence working with a living composer can have.