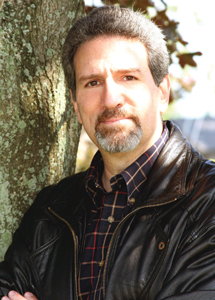 An opera production derives from the music, not the other way around, said Jay Lesenger, artistic/general director of Chautauqua Opera Company. Sometimes directors will have a concept in mind before delving into a production, but Lesenger said he believes in a firm understanding of opera and its traditions before interpreting the music for the stage.

At 1:15 p.m. today, Lesenger will teach a master class for opera students in Fletcher Music Hall. He will not be there to help these students with their singing, per se. Instead, he will give them a lesson in acting.

Lessenger currently is  working on the final touches of Luisa Miller, the first of two operas that will be performed by Chautauqua Opera Company this summer. He said that every opera has its own challenges. For a singer, that means understanding the structure of an opera in terms of its pace, music and context. Take the composer Richard Wagner, for example.

“The secret to Wagner, and I discovered this with Lohengrin, is that you can’t make excuses for what the composer is giving you,” Lesenger said. “Wagner does take longer, and you just have to accept that. A Wagner kiss is simply longer than a Verdi kiss, and once you accept that, then it’s fun.”

Acting in opera is quite different from the kind of acting expected from a film or television. The power of the music and the emotion inherent in the words or libretto is so grandiose that acting can quickly become a distraction.

Lesenger equates the acting in opera to the acting in Shakespeare. Physical movements must be calculated so as not to overwhelm the language and drama that is already so dense. It is part of what thrills Lesenger about opera and about Shakespeare — the sense of “the voice filling the void.”

“This is high melodrama,” Lesenger said, “and everything is emotionally fraught and over the top. If you play against that, it’s harder to sing, and it doesn’t fulfill the moments of the piece. These are people who are poisoning each other, extorting each other and seducing each other. There’s nothing small about that.”

For Lesenger, today’s master class will be about reminding singers that their arias are not independent of the opera itself. Arias stem from an emotional and dramatic story, just like every opera has its own context and history. The sooner singers can use their voices and their bodies to support the story being told on stage, the better, he said.

Today’s master class is presented by the Chautauqua Opera Guild. There is a small admission fee for non-members.